Behind The Scenes Video: This 1980s Look At The Work Of Monster Truck Crews Outside An Arena Is Cool 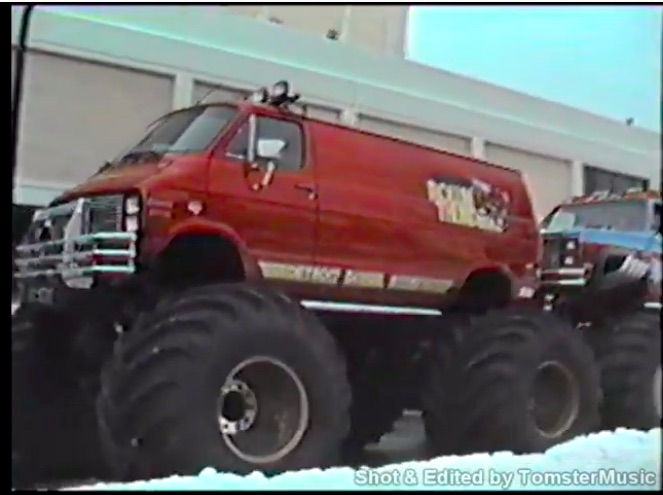 So you might have to be mildly dorky to love this video but I think there are plenty of you out there that fit the description. What you are going to see below is a home-video obviously made by a monster truck fan or someone who maybe traveled with the circuit in the 80s. It shows an awesome grouping of trucks preparing for and then tearing down after an arena show.

We have no idea where this show is but we do know that it is cold outside, there is snow on the ground, and these guys have basically been given a corner of the parking lot to work on their stuff. This is a scene that was repeated several times a week by many of the competitors you see here. These are the trucks that helped build monster truck racing to the height of its popularity and they did it the old fashioned way, by barnstorming around like old drag racers.

As a kid who just showed up to monster truck shows, watched the trucks do their deal, and bailed out with mom and pop, I had no idea that these guys were outside wrenching in the cold and making the stuff actually prepared to compete. It seems like this was just the normal routine back then and we like its humble and weirdly out of place nature as the trucks sit among parked cars of (we’re guessing) arena employees.

Like I said, you may have to be a dork to love this video but hey, if the shoe fits, Cinderella!