Want To See Real No Prep? Top Fuel Dragsters On A Bare RAF Runway In England At Fulbeck Circa 1973 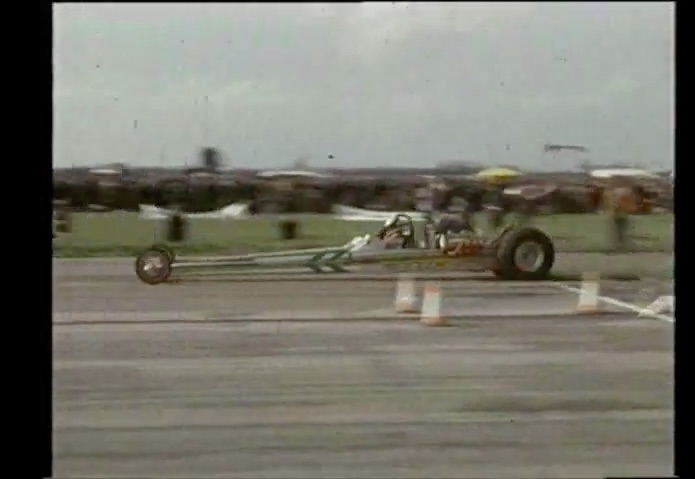 There have been many locations in the UK where drag racing’s taken place over the years. This video captures another of them that no longer exist. This was the RAF bomber base at Fulbeck, England and it had a short run as a drag strip as you will see. You’ll also see how hardcore English drag racers were and are because when we talk about no-prep today, those guy must laugh. Why? They are running freaking top fuel cars on a bare runway that doesn’t even look like they ran a broom across it!

Sadly Fulbeck’s time as a drag racing hub was short-lived and by the 1970s the place was basically being dismantled. Now it is 100% gone and from what we have read, even the runways have been removed and basically replaced with farms. The site was about 100 miles north of London to give you a reference.

These videos from European drag meets in the 1970s are cool to us because there’s really eclectic mix of cars. In this you will see homebuilt dragsters with little four banger engines, you will see traditional muscle cars like Camaros slugging it out and you will of course see Clive Skilton in his top fuel car.

You dedicated drag racing fans likely know and remember that Skilton came to the USA and raced for several years after tasting success in Europe. A strong competitor, he never cracked through to win an NHRA national event but held the distinction to be the only European to reach a nitro final until Jonnie Lindberg turned the trick last year.

Here’s a neat glimpse back into British hot rodding history.

Not Something You See Everyday! This Mid-Engine Vega Is A Trip. Not Going To See One Of These At Every Show! Down In A Hole: How To Extract Broken Bolts And Studs With Some Cool Cheap Tools

3 thoughts on “Want To See Real No Prep? Top Fuel Dragsters On A Bare RAF Runway In England At Fulbeck Circa 1973”