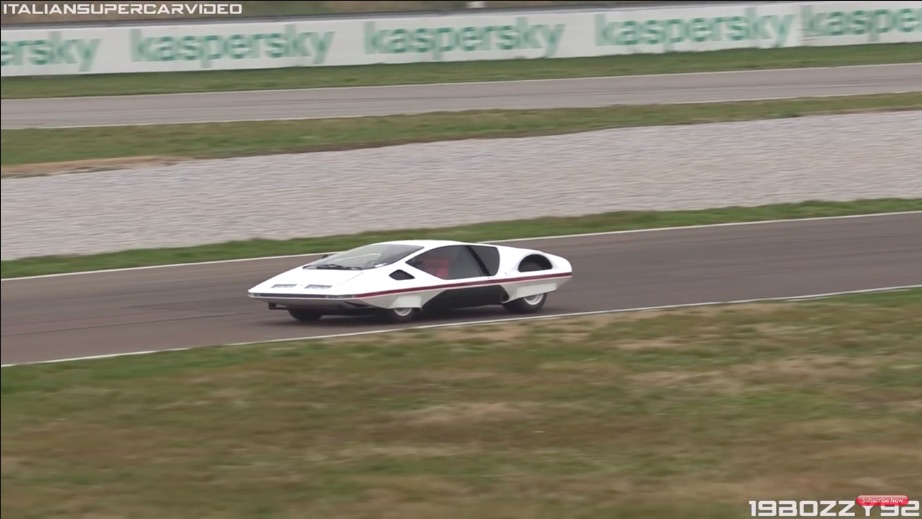 There are times when rich guys do annoying things with cars, right? They do stuff that might not fit our taste or they do stuff that’s just lame and bad for their own edification. Well as the world always seems to have balance, that means there has to be rich guys doing awesome stuff with cars, too. James Glickenhaus from New York is one of the guys doing the awesome stuff. From some of the one-off Ferrari stuff he has commissioned to floating the revival and recreation of a modern version of the famed Baja Boot for off-road racing, the dude has money to burn and he spends lots of it on awesome car stuff. This may be the most awesome thing yet.

In 1970 Ferrari commissioned a concept car that would capture the spirit of the future at that time. It would look ahead taking into account the recent developments in space travel and technology. Handing Pininfarina a 512S that had no drivetrain or anything in it, this was to be a static, non-running machine that would be used as a design exercise and could be shown at events around the world. The Modulo captures design awards by the dozen and was a striking example of what was possible when amazing designers were let loose with their pens. In 2014 Pininfarina was looking to sell the car. Enter our hero.

This is an excerpt from the video caption:

It was kept in Pininfarina hands until 2014 when Glickenhaus wanted to buy and restore it to full operating conditions. With the help of the Italian company Manifattura Automobili Torino the 512 S Modulo was able to grind the first kilometers. For the engine, they managed to find an original Ferrari Type 261C 5-litre 60° V12 originally mounted on the 512 S Group 5 race car and which was able to produce around 550hp at 8,000 rpm.

We have no real words to describe how awesome this car is. Watching it run and drive is beyond incredible.

Wee-Woo, Fun Police Are Here: A Toyota Yaris Ad Got Banned For Showing Speeding And Dangerous Driving Vintage Drag Wreckage Video: Dale Emery Goes for the Ride of His Life at Indy Circa 1977

One thought on “Incredible: Watch The 1970 Ferrari 512S Pininfarina Modulo Concept Car Run and Drive Around The Track!”