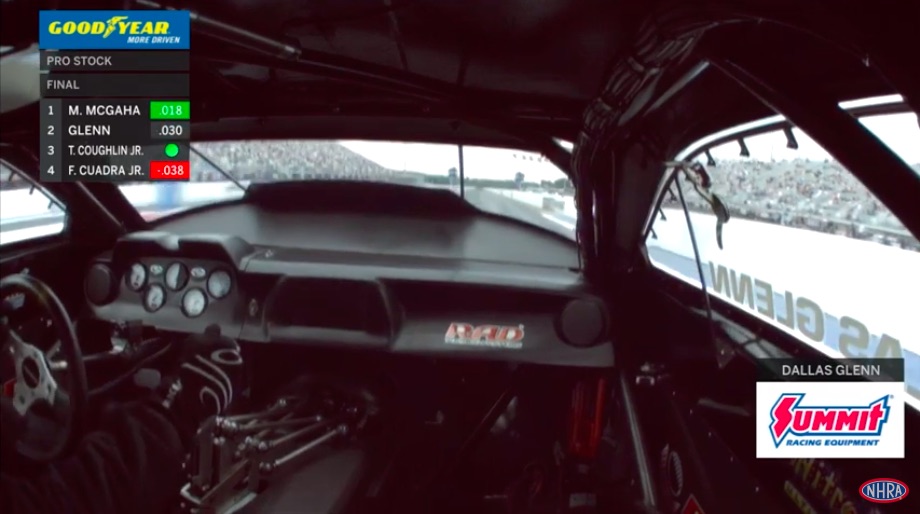 It was an awesome weekend of competition at zMax Dragway in Concord, North Carolina at the NGK NTK NHRA 4-Wide Nationals and these videos below show you how the final rounds shook out. From competitors seeking their first win to a man seeking his 152nd, these finals had stories up, down, and sideways. So didn’t the elimination rounds of competition which featured people like Krista Baldwin, Terry Haddock, and Mike McIntire advancing out of their respective quads. The drama was high and the action was even better.

When we think of the spread between these competitors it really should make you smile. Steve Johnson has not won since the 2014 NHRA Gatornationals. The guy has taken to living in his shop rather than going home. He is developing a new cylinder head and seems to have really gotten a handle on it now. Dallas Glenn has worked for KB Racing as a crew guy for years. He finally found some money to get a sponsorship program together in 2021 and since his first burnout to start the season he has been impressive. The guy is a natural…who worked his ass off to be great. John Force proves again that he’s not done and this win was done in dominating fashion from end to end. And lastly, but not leastly, there’s the greatest modern top fuel team in drag racing, the CAPCO boys. Torrence has now won 6 of the last 7 four wide style events the NHRA has held, dating back to 2017. The only reason he didn’t win any last year was because there were none TO win.

Check out the final rounds here!

A Two Ready To Tango: The Upcoming Revised 2023 BMW 2-Series Will Be A Pocket Rocket With Huge Hot Rodding Potential Forgotten Failure: When Is The Last Time You Saw Or Thought About A Sterling 825 SL?!