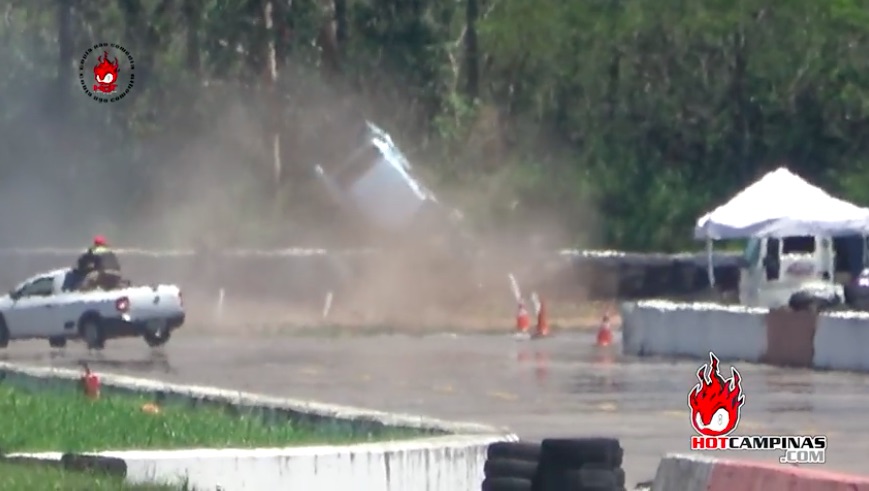 This video will make you grit your teeth. Not because you are angry but because you feel pretty crummy for the guy who is strapped into his race car after it hauls the mail, has the parachutes fail, and heads off into the wild blue yonder before landing outside the track. Filmed in Brazil, this film is proof that the basic ground rules of racing smart apply all over the Earth.

The car in question is an awesome twin turbocharged (traditional) small block Camaro that runs 7s and looks absolutely stunning. He’s shown match racing an Opala in the first part of the video and then locking horns with the same Opala in the second part of the video. Like every hunk of footage we have seen on the Hot Campinas YouTube Channel, this one uses a load of different angles and looks of the run, including in-car footage which is the most intense part of this video.

The beautiful car proved that its appearance was way more than skin deep because it sustained multiple rolls and impacts, held its shape, protected its driver, and let this dude walk away. The really weird thing about this is how the parachutes failed. The driver pulled the handle and they hit, both ripping off immediately and leaving the driver with very few options as he was deep into the shutdown. We’re guessing the Camaro is about 3,000lbs of hot rod as well.