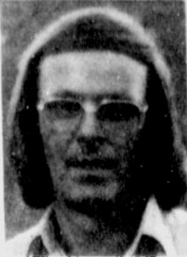 UPDATE: Our friend Dave Wallace Jr. knew Ken Dondero, and sent out an email to all of his friends that included Ken’s obituary and words written by Dave himself. After reading the words written by Dave, we asked him if we could run them on the site. He graciously agreed. Here is his email verbatim.

“Ken Dondero, 74, passed away last Friday morning, 1/17/14, after a brief illness. He was born 2/26/39 in Brocton Mass. and relocated to California in 1959. He is survived my his son Rick Dondero of Lake Forest, Calif, his daughter Cheryl Dondero of Long Beach, Calif. Two brothers, Wayne Dondero of Adrian, OR and Richard Dondero of Fort Myers, Fl. Two sisters, Audrey Hodges of Charlotte, NC, and Valarie Seymore of Connecticut. His longtime companion, Rozetta Dawes of Tulare, CA.

As far as donations, Ken donated regularly to St. Jude’s Children Hospital and would be happy to know his friends also donated.”

Notes:
As a drag racer, Ken Dondero will be remembered as the last winning four-speed driver in a Gas Supercharged car, the Anglia owned by his former B/Gas rival in central California, Bob Panella. Over breakfast summer in Tulare’s Apple Annie’s restaurant, Ken revealed that he acquired his incomparable clutch skill by power-shifting every farm and street vehicle he drove as a kid, practicing literally everywhere he went. Panella rates him as “one of the best two four-speed guys I’ve ever seen; every bit as good as Ronnie Sox, if not even better.”

Ken was also that rare sports figure able to come out of retirement and reach his prior level of success — repeatedly. Ken’s combination of mechanical and physical abilities earned nationwide fame at three different stages of life, in three decades: driving Panella’s Anglia in the 1960s, the Bill Jenkins-owned Pro Stock Vega that won back-to-back AHRA championships in the ’70s, and Panella’s Pro Stockers in the ’80s, after which he turned his full attention to building a successful tire business in Tulare. Of his constant cross-country touring as Jenkins’s one-man AHRA and match-race team, he liked to say, “I’ve changed more motors in motel parking lots than most people have seen motors.”

Last but not least, Ken Dondero was one of the nicest guys this reporter ever encountered. His friendly demeanor never seemed to vary, whether on or off the track. This one hurts.

Ken Dondero, the lanky driver best known as a pro stock hot shoe working for the likes of Grumpy Jenkins, Gapp and Roush, as well as piloting pro stock and gasser entries for the Panella family in different stages of his career, has died. Dondero won the 1975 AHRA championship with Gapp and Roush and then won the 1976 AHRA championship driving the Grumpy Jenkins entry. Dondero raced for a couple more seasons after the 1976 title and then retired until the mid-1980s when we came back to drive a pro stock entry for the Panella family. This was a cool “full circle” way for him to race out the last section of his career as Ken Dondero burst onto the national drag racing scene behind the wheel of the wild and extremely difficult supercharged, four speed gasser of Bob Panella. As one of the “few and proud” blown gassers with a manual transmission, it was beastly to drive, but Dondero got his hands on the controls in the late 1960s and was able to both hang with and beat the automatic transmission cars that outnumbered stick entries by factors of 10.

Being known as a guy who was handy with a stick shift transmission and capable of leaving the starting line ahead of others was a good thing for a budding drag racer in the 1970s. After his stint with Panella Dondero began running a car for Grumpy Jenkins. When Jenkins stepped out of the seat, Dondero took the AHRA spec car on the road and Larry Lombardo took the NHRA spec car out on that side of the fence. Dondero’s back to back championships prove out his skills with the car as a driver, tuner, and leaver. For instance, during the 1975 campaign, Dondero won six of the nine events on his way to the championship.

Like lots of racers, Dondero got burnout and and he stepped away from the sport before the 1978 season. Missing the thrills of competition, he came back to race a third generation Firebird pro stocker with Bob Panella in the middle 1980s again. We feel like Dondero is an under appreciated talent from his era. Many racers say that he was a match with Ronnie Sox for working a manual transmission. His ability to be consistent and fast in the Panella gasser during the late 1960s earned him a reputation as a solid driver that didn’t bend up equipment and could get results. It earned him one hell of a career and two trips to the top of the pro stock mountain.