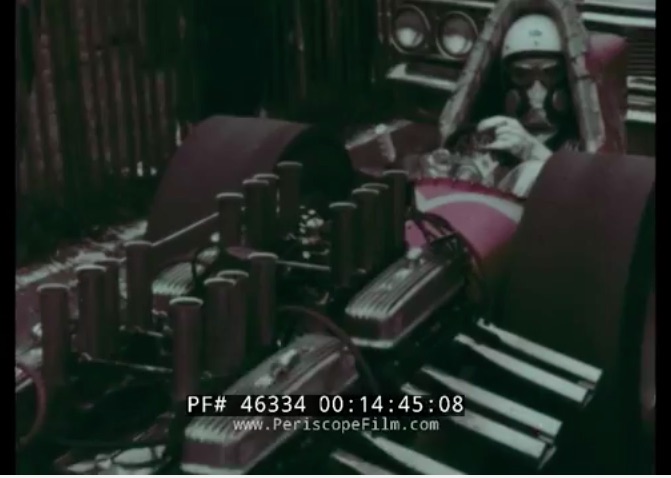 There are few things that spin our crank harder than cruising than digging a deep hole in the internet and at the bottom discovering gold. This time our find was an awesome Hurst Promotional film featuring the 1965 NHRA competition season. We’re talking the Winternationals, Bristol, and the US Nationals are all covered here and they are covered in a fun way that not only tells you who won what classes but also shows off a LOT of cars.

1965 was the season that launched Don Prudhomme to super stardom driving Roland Leong’s Hawaiian dragster. Pulling off wins at both the Winternationals and US Nationals meant that they were the car to beat and that also meant they were flush with cash because the match race bookings came flooding in. You’ll see the first public appearance of the Hurst Hemi Under Glass, Ohio George Montgomery going through tech in the Hurst “Gasser Passer”, Don Garlits on the scales as a kid, Bill Lawton hammering on the Tasca Mustang, and a pile of other greats doing the things that made them legends.

The variety and cool nature of the video is highlighted by the coverage at Bristol. 1965 was the first running of that event at the track and it included a Match Bash category that was basically the first incursion of the funny car into NHRA drag racing. Much like the Redemption cars at Houston this year, people did not know what to make of those weird altered factory cars but they knew that they liked ’em. There was some controversy letting the class in and the NHRA relented. We were pleasantly surprised to see it covered here with such verve.

Slingshots doing power wheelies and getting sideways, guys firing dragsters on the roller starters, and the generally bad ass, wide open feel of the day oozes out of this one.

NHRA Denso Spark Plugs 4-Wide Nationals Photo Coverage: Top Fuel Action From The Strip In The Desert Watch The Largest Ford Dually In The World Take on Two Mega Trucks In A Tug Of War