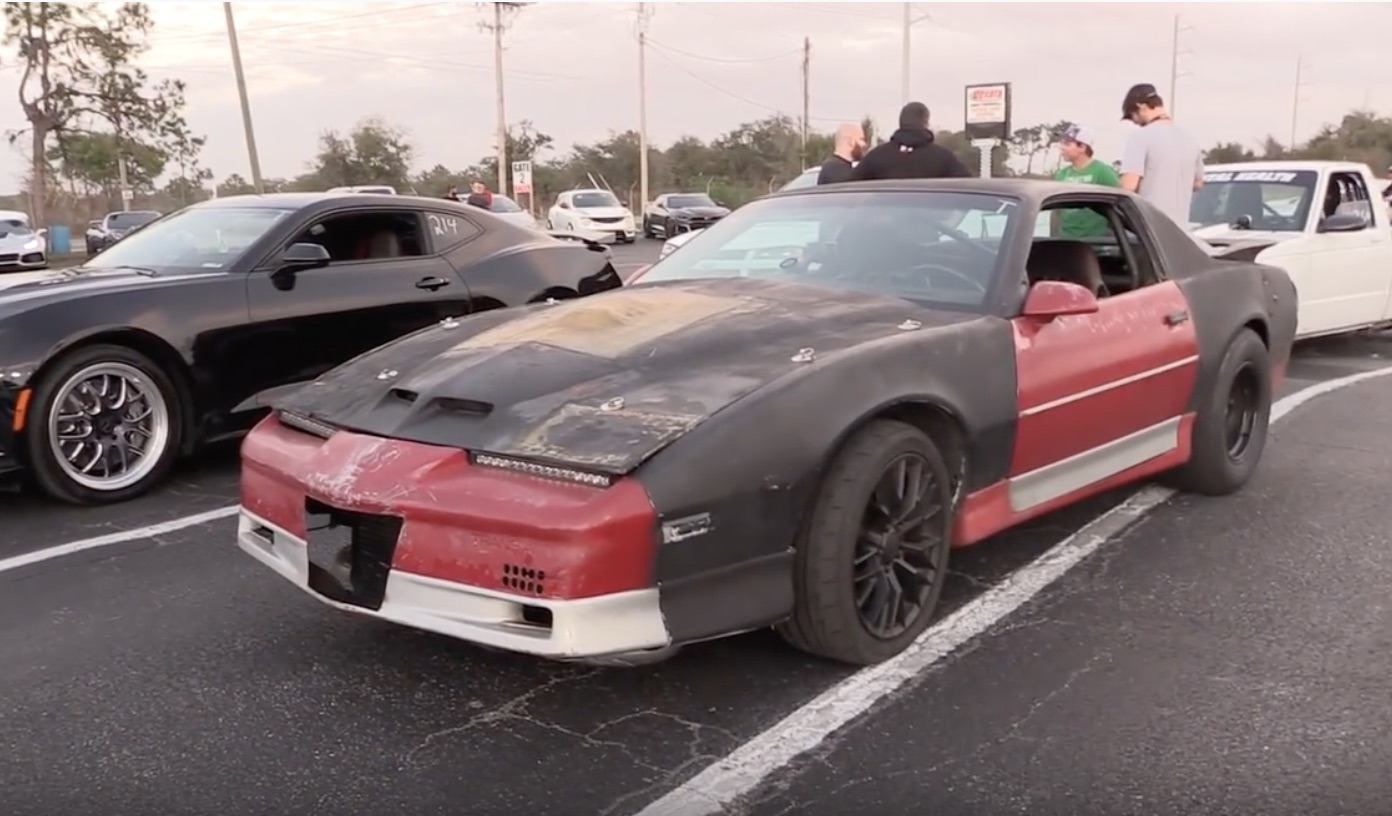 Where does the line end for the term “sleeper”? The sleeper is meant to be a hide-in-plain-sight kind of car, the sucker punch out of nowhere that catches the unwary dead, the one that even die-hard gearheads get surprised by. It’s safe to say that in the age of the junkyard turbo LS build, that there is a new term for an unassuming body that has been force-fed the recipe: the shitbox. Now, that doesn’t mean that every last car that’s LS-swapped is one, regardless of the flaming comments that usually peg each LS-flavored story we run. No, it’s something different: Pick any car made between about 1973 and 1996 that has a typical Craigslist value of about a thousand dollars or so. Make it light, don’t sweat the body damage (or mis-matched body panels, or that odd smell on the inside), and fill the engine bay with the good stuff. Turbo? Nitrous? Why not both? Leave the interior or scrap it all, ‘cage it up right, and proceed to go see if you can rip a single-digit pass in the quarter without turning into a clip on a Racing Fail video or sending three pistons into low-Earth orbit when your boost controller fails at it’s one job.

The shitbox is sketchy, but it’s wicked. It looks like it was drug out of the far end of some long-abandoned used car lot and nobody has bothered to wash the thing in years, but the second the engine is running, the fun multiplier of choice is moving air and the nitrous is purged, watch out. Things are about to happen that will be on YouTube before the car is back to the pits.

Watch A 1974 AMC Matador Get Hammered At The Track and Then Panned By The Critics Don't Want To See The Oceano Dunes Closed To OHV Use? You Might Want To Act Now!