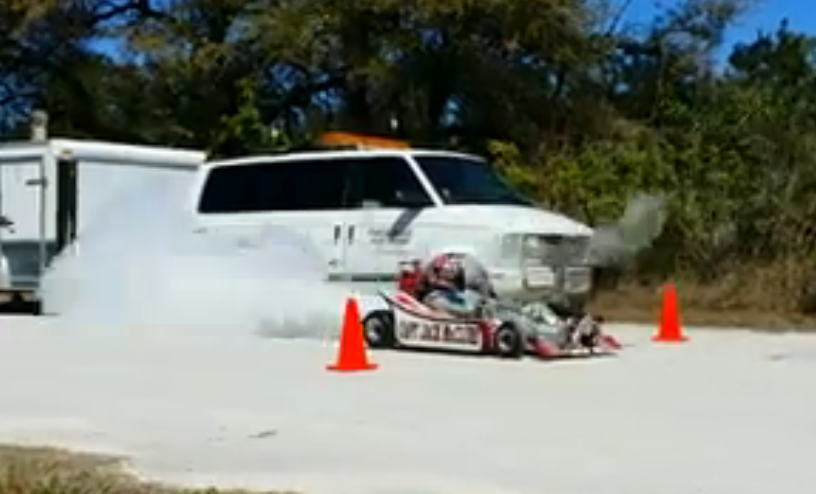 On a lonely and deserted road somewhere in Florida history was made recently when Captain Jack McClure sat it, staged, and fired the hydrogen peroxide rocket engine that powers his legendary go kart for the first time in decades.
In the video below you will see McClure go hurtling down the road much to the delight of a small group of on-lookers as he tests the kart for the appearances he has booked for 2014. We told you that rocket vehicles were on their way back to American strips this year and now we have video proof of one actually getting is boogie on, albeit on a tree lined road in the middle of nowhere. The fact is, it works, and the ageless wonder known as Jack McClure is right back where he belongs which is in the driver’s seat!
Because the only place this video has emerged from so far is Facebook, we have gone ahead and linked to it. In order to watch the video you need to click on the photo below and that should take you to it. If/when the video hits YouTube or another video site we will link to that one as well for all of you non-Facebook users. We think that this is a cool historic moment and we’re super pumped that McClure’s 20+ year quest to find, restore, and ultimately drive the kart again has been realized.
Along with the video of McClure hauling ass down the road we have embedded a video interview done with McClure recently where he talks about the kart, his journey to find it and what he plans to do with it in 2014. As death defying as this act seems (and trust us…it sure does!) McClure’s track record of more than 300 runs of over 200 mph without an incident is super impressive. Once we find out where he’ll be running, we will let you know. You have no idea how badly we want to see this kart run in person and we bet you do as well.
CLICK ON THE PHOTO BELOW TO SEE THE VIDEO – APOLOGIES FOR NON-FACEBOOK USERS BUT THIS IS THE ONLY PLACE THE VIDEO IS – 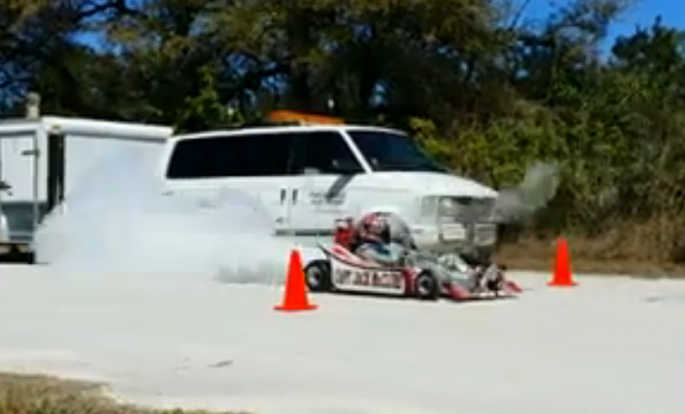 Post by Ky Michaelson.
Watch LIVE Streaming Video Of Corvettes Being Pulled From Museum Sinkhole NOW! Autocross Season Is Upon Us! Does YOUR Region Offer the CAM class?