Video: The Ultimate Vintage Drag Film, Ingenuity in Action at the 1959 NHRA Nationals 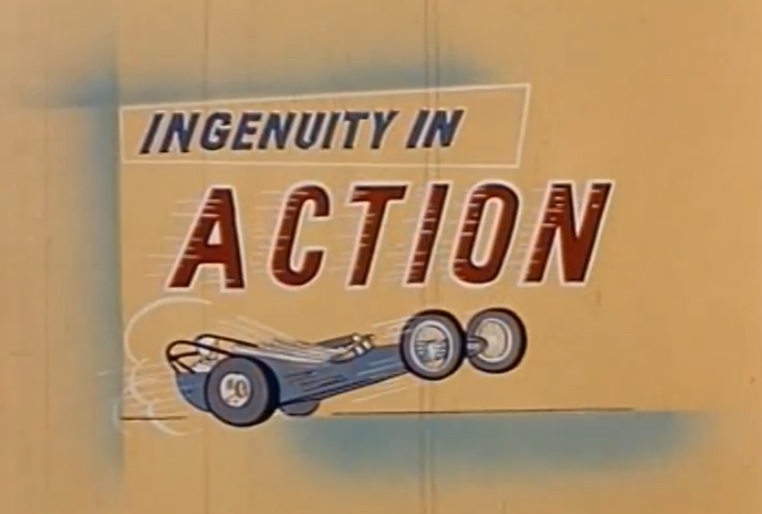 Here’s a film that’s been around a while! This greatness was lost to the public eye for many years, but in today’s times it has been passed around the Internet. This most recent version that we found on YouTube is the cleanest copy we’ve seen, and it’s presented full length, 27 minutes of greatness. The film we’re talking about is Ingenuity in Action, produced by Hot Rod magazine in 1959.

This is obviously US Nationals week and I am here in the thick of the action, working in an announcing capacity at the race. Yesterday we had first round of qualifying in a few of the sportsman classes and I got my first real taste of the scope that this race has because there were car counts of 190+ stock eliminator machines, 180+ super stockers, and as many Super Gas and Super Comp runners as well. While I have been the races with larger physical car counts on paper, I am not sure I have ever been on the inside of one that has this level of complexity regarding the various specialty races, shootouts, and other fun stuff that’s going on.

In this you’ll see many huge names of the time, as well as Hot Rod writers including NHRA founder Wally Parks. It’s corny at times, but that is what makes this absolutely fantastic, the most epic tale of how it was there ever was. The NHRA Nationals has had an interesting history regarding the location of the event. In 1955 and 1956 it was run in Great Bend, Kansas. In 1957 and 1958 it was run in Oklahoma, and in 1959 (when this video was made) and 1960 it was contested in Detroit. At the 1960 event Wally Parks agreed to bring the race to Indianapolis and it has stayed here ever since.

Over time, the event has evolved but has always maintained its position as the “one to win” in the sport of drag racing. From the professional racers all the way to the guys running W/stock, a lifetime of competition can be validated by one awesome week in Indiana. I look forward to keeping you all abreast of the action from here at the 2014 Chevrolet Performance NHRA US Nationals this week!

PRESS PLAY BELOW AND TAKE A TRIP IN TIME TO ONE OF THE MOST IMPORTANT DRAG RACES IN HISTORY – THE 1959 NHRA NATIONALS
http://youtu.be/bqCm7YO2GOI
Ferrari Sends Cease-And-Desist Letters To Deadmau5 Over His "Purrari" Racing Carnage: R32 Golf Tries To Drive Through a Honda S2000 At Nurburgring

One thought on “Video: The Ultimate Vintage Drag Film, Ingenuity in Action at the 1959 NHRA Nationals”