Video: These 1970s Evel Knievel Drag Racing Toy Commercials Are Great – Did You Have Them? 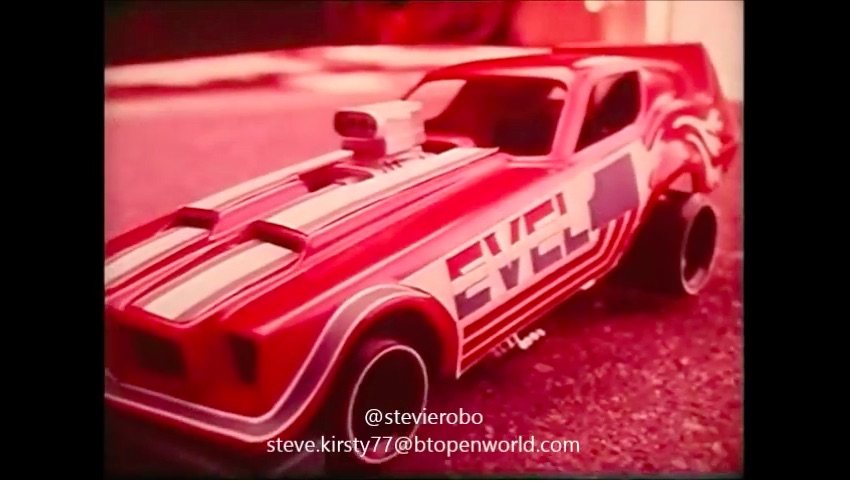 While Evel Knievel never raced at a drag strip in a funny car or a dragster, he performed at many of them across the country jumping motorcycles. The guy made a few bucks every time his too-heavy Harley flew too far over stacks of cars or busses, or trucks but the real money was in the stuff you see below. Toys. Evel Knievel was one of the, if not the most singularly famous person of the middle 1970s. The guy was iconic in America and known all over the world of his bravery, his insanity, and his frequent run-ins with the law, women, and basically whoever crossed his path. The licensing agreements he had with companies like Ideal toys were the richest in the industry and he was making money almost as far as he could spend it. Yes, we said almost. Evel ended up broke. If a little of something was good, ALL of something was better for the esteemed Mr. Knievel.

Putting those facts aside, this guy was everywhere and the toys were bitchin! There were a whole line of these style cars which were operated by spinning a crank and sending the thing rocketing down the driveway, the street, your basement, or whatever else was being used as the drag strip du jour at home. The funny car is bad ass because (a) it is a funny car and (b) it kind of looks like a Gremlin, right? The dragster was bigger and freakier looking. Both of them pulled wheelies and the digger had a parachute that would deploy to slow it down.

The great thing here is the combo of two things. One, there was the public consciousness of drag racing after Mattel’s highly successful line of Snake and Mongoose toys, so to ape onto that EVERYONE started making drag racing toys and even mixing genres of people and things that were never actually in the sport. The math was simple. Two cool things mashed up should sell, right? Yes, they were right and sell they did.

Video: That Time The Trailer Park Boys Ran The Targa Newfoundland Rally Driving The Bandit: This Is What Driving A Former Kelly American Challenge Series Car Is Like - Awesome Sound!

2 thoughts on “Video: These 1970s Evel Knievel Drag Racing Toy Commercials Are Great – Did You Have Them?”