Sep 28, 2021Brian Lohnes1320 Drag News, 1320 Videos, BangShift 1320, HISTORIC, VideosComments Off on This Vintage Ad For Irwindale Raceway Will Make you Long For SoCal Living 50 Yars Ago 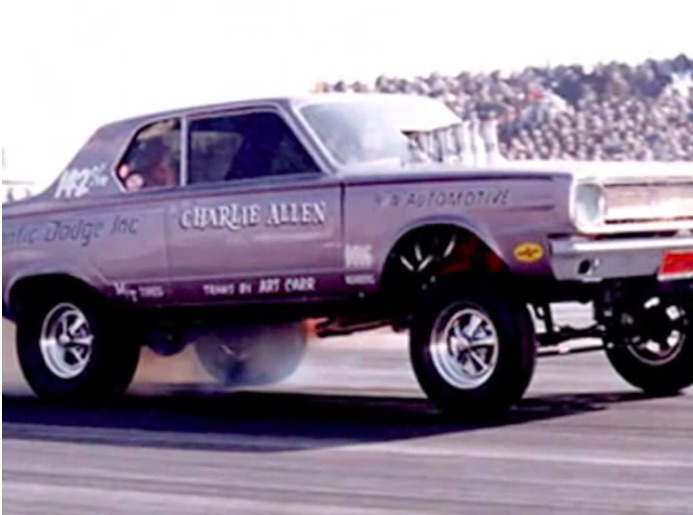 There’s nothing like the history of southern California drag racing. A few years I spent days cruising SoCal to see the locations of many old strips. Between the finals and the exploration, was a great couple weeks and I cruised passed the Miller Brewery that sits on top of what was once one of the hottest strips in the country. SoCal is the case study in drag racing facilities being swallowed up by “urban expansion”. It is the nature of the business in some sense but it does not lessen the stings less.

The lineup of cars in this ad is awesome and it is certainly typical of what the tracks in SoCal had to work with back in the day. Guys would run their stuff multiple times as week as there were ample tracks and ample opportunities to get after it during this point in time which predated date and noise restrictions by a couple of decades.

We’re not crying for how it used to be here, we’re celebrating the colorful history of drag racing and recognizing that fine weather 12 months a year makes things a lot more pleasurable on everyone. Maybe we’re crazy but rolling out of bed to 70-degree mornings in November make a person overlook a load of the inherent flaws of the area…until the ground starts shaking.

Then we’re out (at least this guy is).

Powerboater Motor: Watch This Interesting 540ci Blown Big Block Get Built To Ocean Going Specs The OPGI Fall Sale Is On! Save Up To 20% On The Parts You Need For Your Restoration Or Freshen Up!