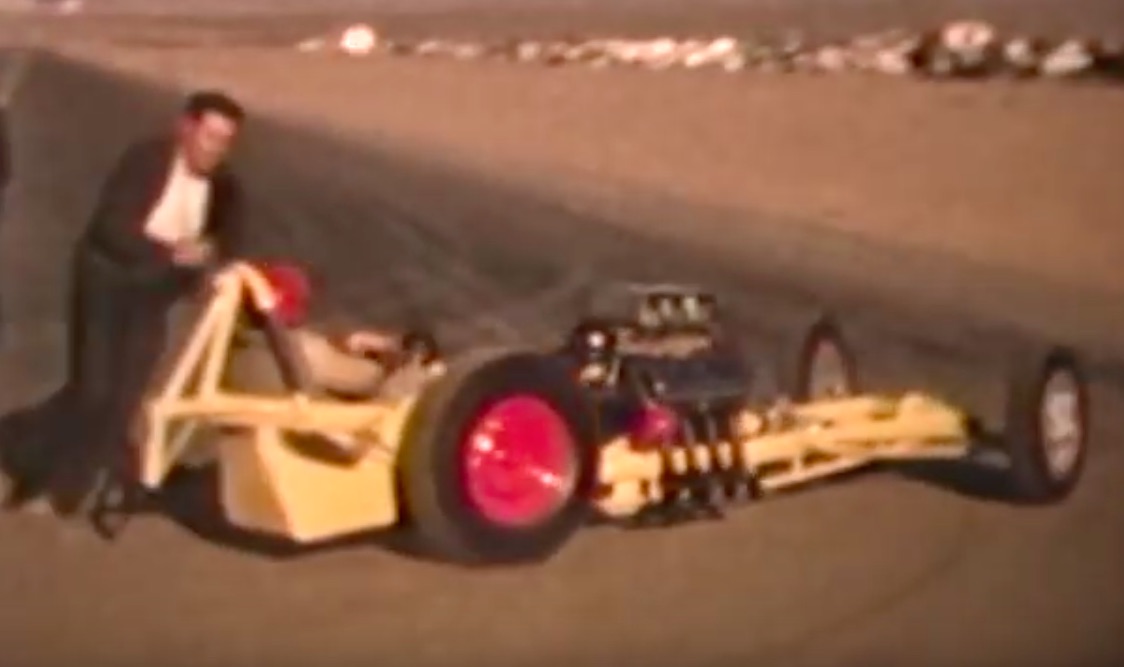 When The Strip at Las Vegas Motor Speedway was built in the not too distant past, it was no so much the introduction of drag racing to Las Vegas but it surely was the continuation of the sport’s legacy that had been a part of the area for decades. The video below was taken at Henderson, Nevada and it shows some really cool old hot rods and slingshots messing around. Between the cars on the strip and the cars we can see towing them, this appears to be a film from the late 1950s and that was one of the most interesting times in the sport’s history.

With no sound it is impossible to know if all of these cars were running on gasoline or if any of them were tipping the can into the tank. Obviously this is the time period of the NHRA “fuel ban” which is so widely misunderstood we may re-run a piece we published on it a couple of years ago soon. The racers at this strip would not have been bound, obligated, or perhaps even informed that such a thing existed. We’re seeing drag racing in this video at about the most pure state you can see it.

There’s an open hunk of abandoned road or an unused air strip (seems too narrow for that), a flagman, and a couple of guys hanging around the starting line. No stands, there appear to be some cars parked to the side, and that’s about it. The Strip at Las Vegas Motor Speedway represents the top level drag racing stadium of today whereas this represents the sport as Wally Parks and others knew it at the time. None of these guys would have ever predicted the global nature of the gazillion dollar drag racing industry today.

A fun video because it is always great to see the sprouts of what grew into the drag racing world of today.