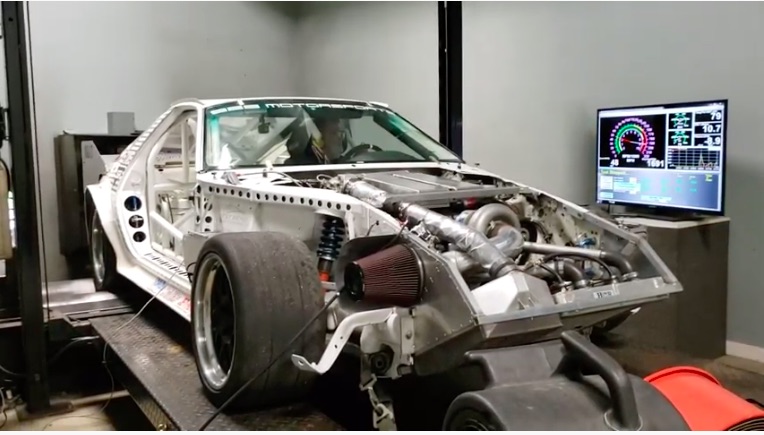 Want to talk about daring to be different? How about making four digit horsepower at the wheels with a Porsche 928 V8 engine! Carl Fausett owns this car and he is the guy who not only has developed the engine package you see here but he’s also the guy that races the thing incessantly. The car with this blower setup is in Bonneville trim as we see it here but it gets road raced and generally abused as well.

The Porsche 928 was powered by a succession of V8 engines that ranged in the 5.0L to 5.4L zone. At the last iteration the engines were making about 350hp from the factory. A good piece and certainly a fun car to drive but that was not good enough for Fausett. He and his 928 Motorsports team developed a package to stroke one of these things to 6.5L. These are dual overhead camshaft, four valve per cylinder engines. They breathe pretty well from the factory and they really love the extra stroke that come with the longer armed crank, they like cylinder sleeves that provide more bore and they certainly appear to love boost by looking at what this thing makes with the YSi

We do not think that car did all that much at Bonneville this year because, well, no one did. The salt was garbage and wet so we’re hoping Gary will be heading back in his blown gas altered Porsche because with the power this thing makes, we are fascinated by the possibilities of performance.

For now, sit back relax and listen to an unsung hero V8 put in work on the rollers!