Watch The 1988 IHRA Super Nationals From Bradenton, Florida Here – This Is Fantastic! 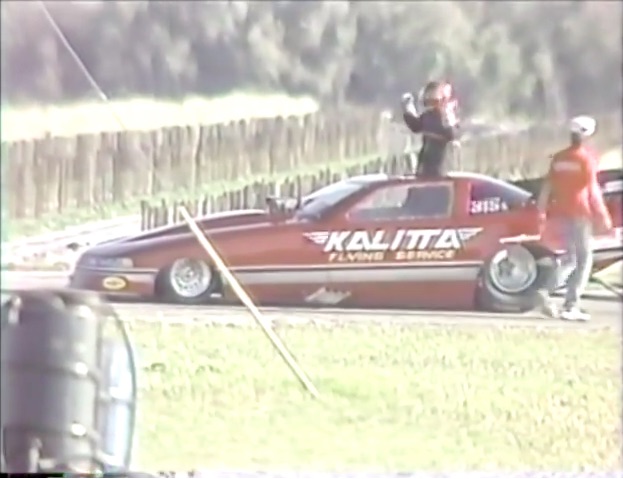 Next weekend I am heading to Florida for the 2021 US Street Nationals, the kick off of the pro mod and drag radial drag racing season. Back in 1988, the IHRA planned on kicking off their season at Bradenton but rains forced them to kick the race until after their second planned race, which became their first official event of the year. Basically every single IHRA race was hampered by rain in 1988 and that is not an exaggeration. Any who, this is awesome. The track has not changed much since those days in 1988 except for the physical surface which is one of the premier in the sport.

Next weekend we could likely see the first 3.40 pass from an RvW car and more. We’ll see pro mods run eighth mile numbers that would have buried 1988 funny car stats and we’ll see a host of awesome door slammers fill the strip to the gills and put on a great show for the Florida fans. This will truly be a great event.

The 1988 event was no slouch and one has to remember the scene in pro drag racing in 1988 to appreciate what you are about to see. The likes of Mark Oswald, Darryl Gwynn, Ace McCulloch, and other huge names were competing.. Why? IHRA’s purses and schedule made for the perfect intermesh of series at the time. Bob Glidden, Warren Johnson, and the list goes on of the big NHRA associated names that were on the property. In 1988 you could still run both series for championships and be competitive, just ask John Force. You could still also do a little match racing on the side to bring in cash.

We’re not going to give away race results but you’ll find yourself pulling for the same guys I did, I’m sure. Fun stuff and it’s Bret Kepner, Pat Patterson, and Jon Lundberg on the call!

Watch What Happens When A Pro Stock Pulling Big Rig Suffers A Universal Joint Failure While Hauling The Sled Scott Visits A Super Secret Stash Of Muscle Cars, And Shares It All With Us Right Here!