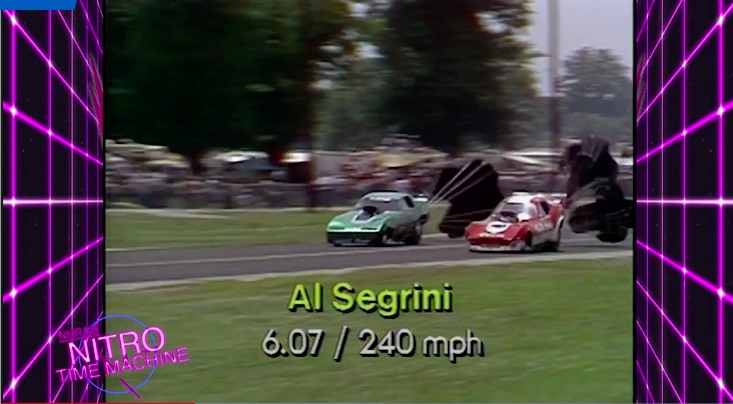 This weekend the NHRA returns to New England Dragway in Epping, New Hampshire with the TascaParts.com NHRA New England Nationals presented by Bandero Premium Tequila. This event will be packed to the rafters with fans from the region who have been short on nitro dosage since the 2019 running of the event. Over the course of the weekend the conversation will certainly shift to those who have had an impact on NHRA drag racing from the region. In the funny car category during the 1980s, Al Segrini was one of those guys. He and his Super Brut funny car were a fearsome combo, making a bunch of carer finals and winning five funny car national events in NHRA along with countless match races and wins in other sanctions as well.

Most people know all for his dramatic back to back wins at the Winternationals in the middle-1980s but we’re going a different way here. This is his victory at the 1983 NHRA Cajun Nationals in Baton Rouge, Louisiana. It was an awfully hot and humid day and as you’ll see, he and his team locked down their tuneup and did their best not to beat themselves while facing the likes of Tom McEwen, Kenny Bernstein, Mark Oswald, and others! This was truly a magical day and we love Al’s accent in the top end interviews. 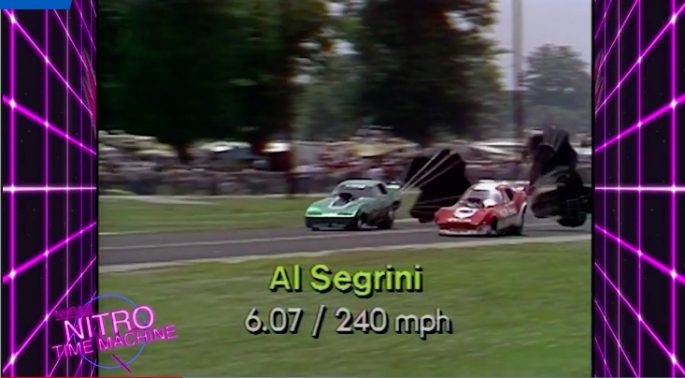 Turn Him Loose: Here's What You Get When A Car Crazed 14 Year Old Runs The Gamut On The Cadillac Blackwing Configurator Here Comes The Boost: Here's A Review Of The (Then) Newly Turbocharged 1992 K2500 Diesel