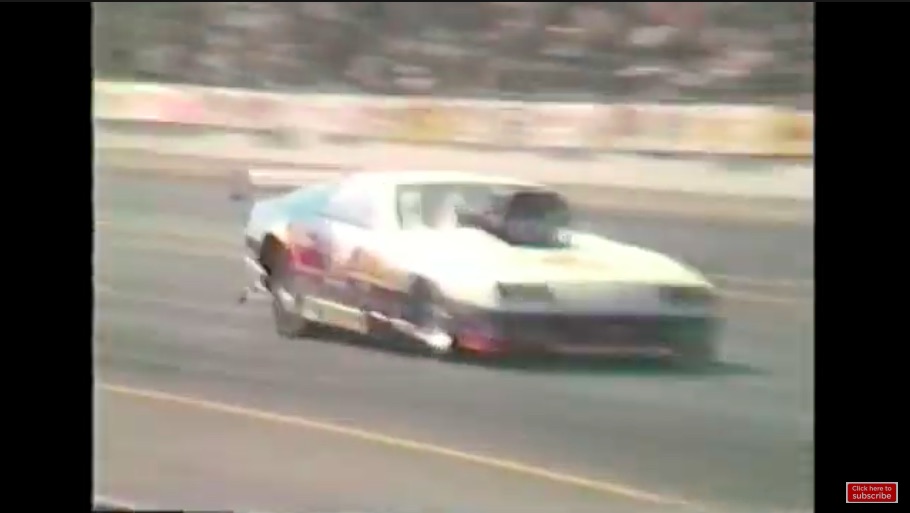 Every drag racing fan has “their era”. The older guys were around to see the transition and evolution of funny cars, the birth and perfection of the rear engine dragster, and other things along the way. Guys of my ilk have had a front row seat to the evolution of door slammer drag racing in the form of pro modified and radial tire style competition. Those have been the areas of the most drastic technological and performance change in the last 20-30 years for sure. This video from 1993 at Bristol is proof positive of that.

By this time Pro Mod had been an established IHRA class for a couple of seasons and its popularity was going like wildfire. Top Sportsman racers were going heads up racing and the variety of body styles was great. In fact, you will see all kinds of late model cars, as well as some early style cars running here. From the ZR-1 Corvettes to the Thunderbirds, third generation Camaros, and Berettas, there was plenty to see. Nitrous engines were the dominating platform here with some supercharged entries like that of Al Billes sprinkled in for good measure. The idea of that you’d see five power adders in the class one day would have gotten you laughed out of the drag strip in 1993.

Bret Kepner is on the call, the stands are full of fans, and the first generation heroes of (barely) six second door slammer competition are on all display. This video is proof for us that ETs are not directly related to coolness because these are slow cars compared to the iron of today but good gravy do we love them.

Car Hauler Rebuild And Remodel: Windows, Kitchen Design, And More! This Thing Is Going To Be Rad! Sevens On Six: This Profile Of A 7-Second Aussie Ford Falcon With A Barra Inline Six Is Great