Watch This Little Fiat 600 Wind Up And Rip Off An Impressive Wheelie – Tiny Car Fun! 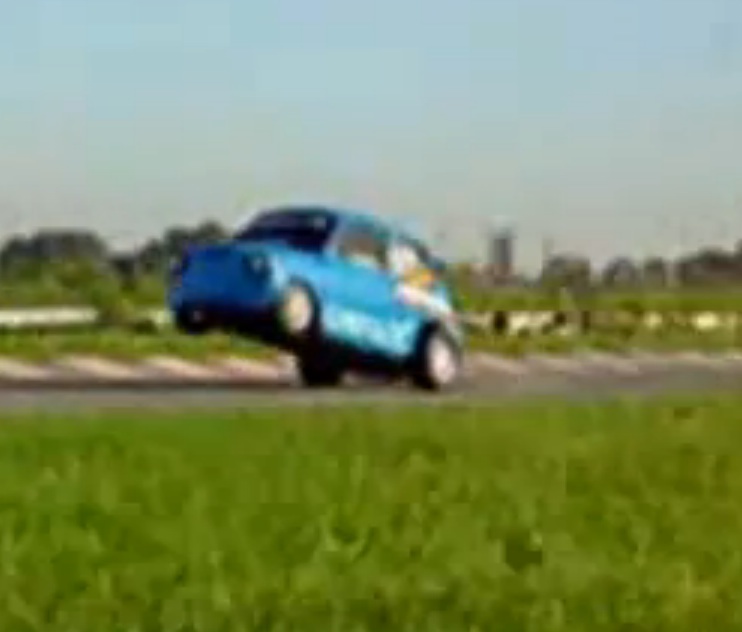 There was a time when the name Fiat was not really part of the American automotive landscape. We all know how that has changed over the last several years, though. That being said, the company was a huge manufacturer all over the world and they did have a small presence a few decades back in the USA during the era that really small foreign cars were laughed off of our shores. Oh how time has changed. Current circumstances non-withstanding, this video is pretty awesome. The car in question is a tiny Fiat 600. There’s no location given as to where this was filmed and we don’t know a ton about the car other than it has obviously been highly modified, has a stinger style exhaust coming out the back, and it sounds like a swarm of killer bees when the driver lets the clutch out and stomps on the gas.

What we do know is that it is not totally uncommon for guys to “back half” a Fiat 600 with the engine and transmission from a VW and judging by the sound and the stinger, this could be one of those swaps. We don’t need to tell you how those engines can be hot rodded and worked up because guys have been doing it for a long, long time. In this case, the car looks to be designed for the drags with big-n-littles (big being relative in this case) and a bunch of speed parts stickers on the back windows. The video is grainy and not of the best quality but it sure is fun to think about being in the seat of this little killer and standing it up on the…errr….exhaust. Good times!

NCM Motorsports Park In Process Of Building A Dirt Berm To Block The Noise Of The Neighbors Unhinged: Ten Auto Manufacturers Are Being Sued Over Keyless Ignitions - This Might Be The Most Idiotic Lawsuit Yet!

One thought on “Watch This Little Fiat 600 Wind Up And Rip Off An Impressive Wheelie – Tiny Car Fun!”