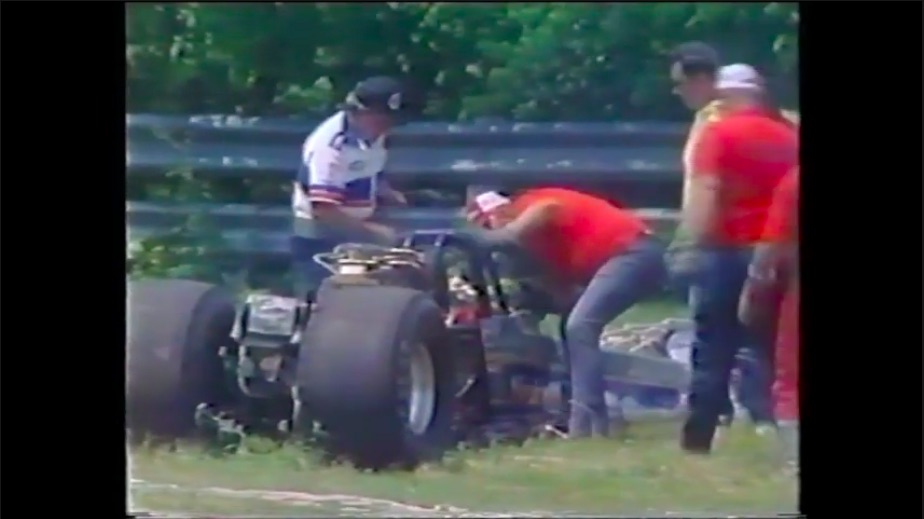 National Trail Raceway held the NHRA Springnationals for many, many years and it was one of the biggest, most popular events on the tour. There was on downside to the facility, which was have talked about at length here over the years and that was its length.

Obviously as time went on, NHRA made changes and added the gate across Refugee Rd, the additional sand trap in the neighboring house’s yard, and more. In 1984 at the NHRA Springnationals, none of that existed and Doug Kerhulas found out first hand in one of the most stunning top fuel incidents ever. The car piles into a a pair of catch nets at over 150mph and seemingly stops in about 30ft. Kerhulas was not well and took years to fully recover from this situation, which many believe killed him. It did not. He would return and race top fuel again after his long recovery. An amazing story for sure.

Outside of the Kerhulas situation, there was loads of great racing in pro stock, funny car, and top fuel. Gary Beck was just straight up mauling people at this time in history, Tom McEwen in his sexy Coors beer funny car was running well, and perennial pro stock bad ass Lee Shepard was ready for battle in Ohio on this Spring weekend, as always.

It was a 95-degree weekend with matching awful humidity in 1984. We’re glad to be watching from home!

Stampeding Elephant: This 5,300lb Aussie Ford Territory Uses A Barra Six To Run Bottom 9s In The Quarter Mile Sixual Healing: Back In 1989 The Toyota Camry Got A V6 To Fight The Taurus and It Was More Noise Than Action