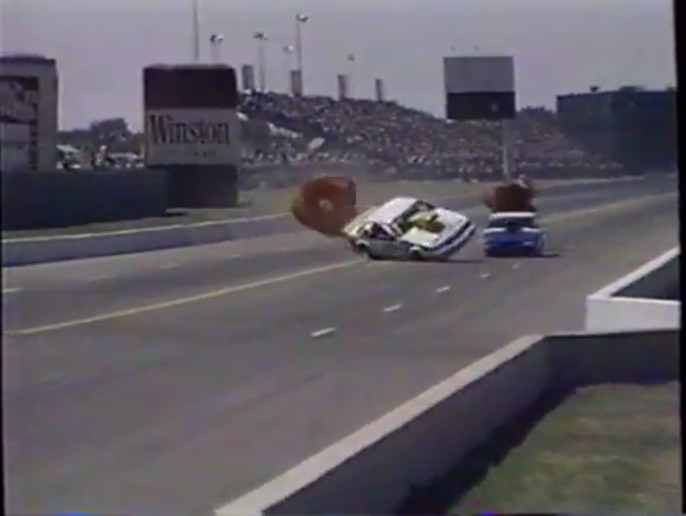 This weekend the NHRA Mello Yello drag racing series tour lands in Ennis, Texas at the fabled Texas Motorplex. This event has been part of the NHRA landscape for many years and the 1989 race was one of the best ever held at the facility. The first drag racing super stadium ever built, the first all-concrete strip ever built, it changed the trajectory of drag racing facilities from its first day of racing. During the 1988 season when Billy Meyer owned the IHRA, the NHRA did not visit the track, after that 1988 experiment went down in flames, the NHRA came back.

This broadcast is great. Bruce Allen is on the verge of locking the championship, Joe Amato and Gary Ormsby are locked in a top fuel battle for the ages, and pro stock was a wild affair from qualifying on down.

Exploding funny cars, 4-second runs, and blown up parts. THIS was 1989 in the world of NHRA drag racing. Watch this!