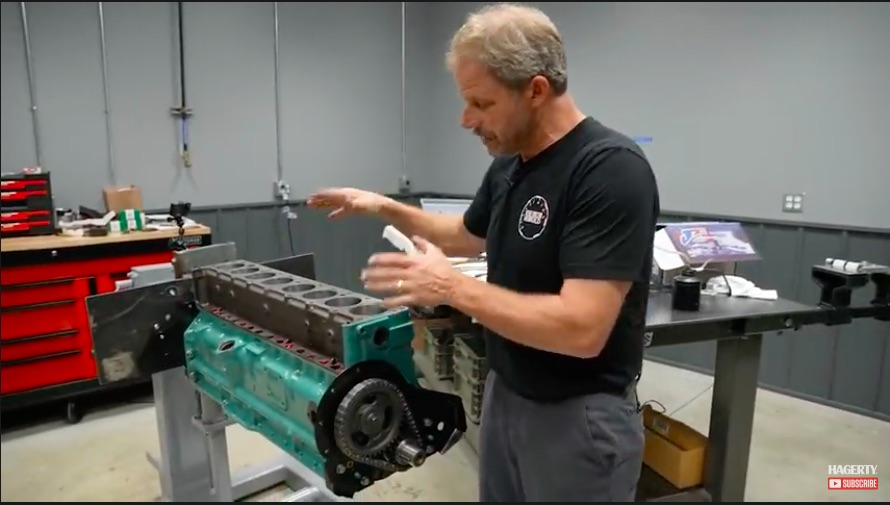 I guess this is straight eight day. Earlier we showed you a Bugatti Type 57 engine that got the full treatment and now we are back with an update on the process of the Buick straight eight that Davin at Hagerty has been battling with for months. This engine has been a fight since day one but the good news is that the demons have been slayed and the work is progressing nicely now with new parts and more. This installment shows us the fresh pistons that JE custom made for the application and how they are going to work better than the stockers. We also get to see the ring package and have an interesting look at setting up the valve timing on the engine which is not the way we’d (or Davin) expect it to go.

There’s a side story here as well and that is the fact that the 1937 Ford stock car that the guys are building had to go to the sand blaster and that means we get to see what shape the steel body is actually in. There’s nowhere to hide once the sea blaster gets after it and uncovers all the mysteries!

So if you are loving our straight eight stuff today, you’ll dig this update on the Buick. Not as glamour based as the Bugatti but an awesome engine that is being custom built with some neat tricks,.

Retro Review Fun: This Look At The 1993 Jeep Grand Wagoner Is A Fun Contrast To The SUVs Of Today Rare Air: This Video Featuring The Rebuild Of A 1937 Bugatti Type 57 Compresseur Engine Is Amazing