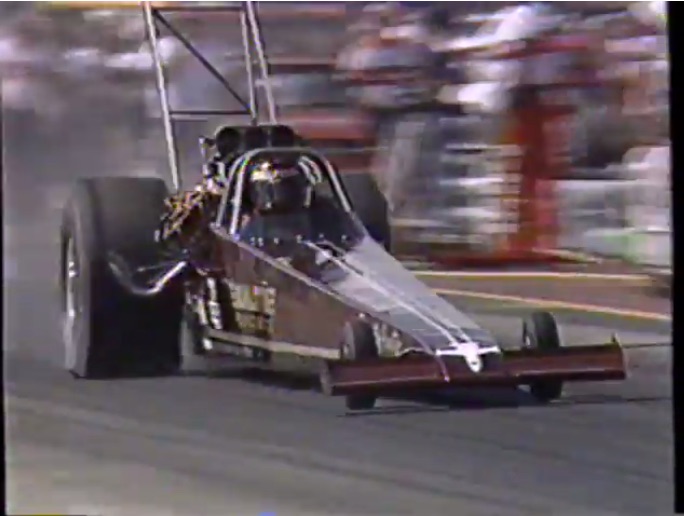 Since 1982 the NHRA national event tour has made a stop in Brained Minnesota at the track now known as Brainerd International Raceway. Originally opened as Donnybrooke Raceway, the place has hosted loads of road races from the wild Can-Am series to Trans-Am, and more. The drag strip has been a central part of the facility’s success since the very day that it opened. Many of the original racers still come out to see the big iron play at this location a couple of hours north of the Twin Cities.

The 1989 race was a biggie. It fell in virtually the same point in the season as the 2019 version and the points battles were tight. The NHRA US Nationals would be the next event on tour, just like it is this year. Kenny Bernstein and Bruce Larson were tangling for the funny car championship, Bob Glidden was kicking everyone’s ass and knocking on 75 event wins, and on the top fuel side it was Gary Ormsby trying to fend off the likes of Joe Amato and others.

This event is a fun watch because we see resurgent racers like Shirley Muldowney, the call from Dave Mac and Steve Evans, and side by side action a-plenty.

Enjoy this trip to the land of Paul Bunyan from three decades ago.

The Greatest Tuff-Truck Video Of All Time: Packed House, Lunatic Racers, Carnage For Days! Redline? What's That? Check Out Some Of The Most Wound-Out Cars Found On The Internet!