Watch This Dyno Fire Get Instantly Smothered At BluePrint Engines 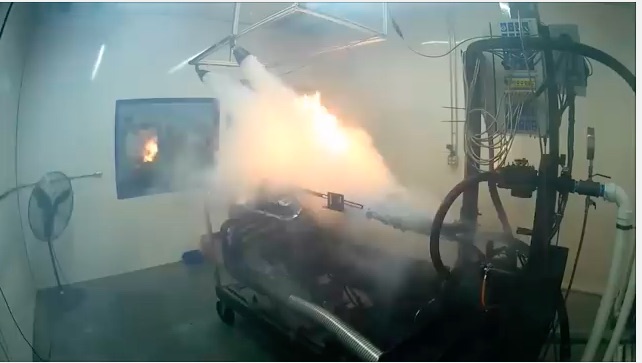 BluePrint Engines is a massive and highly respected aftermarket outfit. The company produces many of its own components and has been growing like crazy. Because of those factors, new digs were necessary for the engine building behemoth and their home in Nebraska is pretty awesome. The company runs engines dynos, a bunch of them, on a near 24/7 basis. Every engine they sell gets tested on one before the customer gets it, which is great.

In this video we see an engine on fire. Don’t be alarmed, the guys at the shop started the fire on purpose in order to test the fire suppression system in the dyno cell. While it does not happen frequently, historically it is not uncommon to hear about an engine shop that burned down after someone bad happened during dyno work. There’s a reason why these systems exist. Many times a fire extinguisher is not enough and that’s what you are about to see here.

When you have an engine burning in an enclosed space you need to make damned sure that it is out and that’s why this thing expels so much suppressant on the fire. It works like a champ and basically fog banks the entire cell out. There is a zero percent chance that this sucker is going to burst back into flames again and that’s the exact reason this exercise was done.