Watch This Guy Legitimately Blow The Crank Out Of The Block In Australia – Turbos Rule!

Oct 18, 2019Brian Lohnes1320 Videos, BangShift 1320Comments Off on Watch This Guy Legitimately Blow The Crank Out Of The Block In Australia – Turbos Rule! 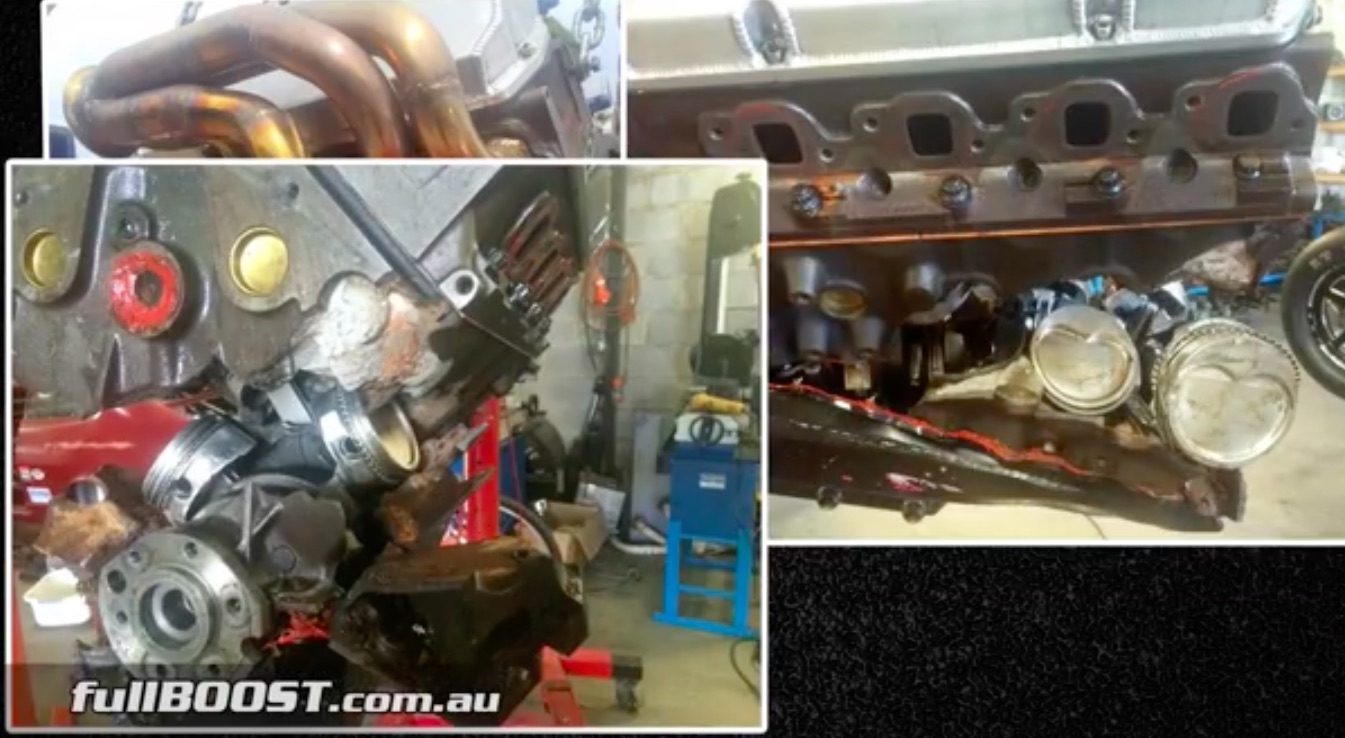 Engine blocks are funny things. On some level you look at them and think how impossible it would be to break one. I mean, c’amon. From the factory you are looking at a lot of cast iron and last time we checked that is pretty strong stuff. Basically it is until it isn’t and this video gives us a prime visual example of exactly what the heck we’re talking about. Hop in the BangShift transporter and come with us to Australia. Ready? Go!

Ok we’re here. The car that’s at the center of this video is a Holden station wagon that uses a factory Holden block, iron heads, a single Garrett GT55 turbo, and it runs in the 7s. We’re not kidding. This little engine is kicking out the jams pretty freaking hard. You’ll see the car make several runs in the 7s and then one night the thing comes off the starting line and BOOM, some fire, and it just shut off.

We have showed you stuff like this happening with huge boost diesel trucks for years but this is one of the first times we have ever seen a turbocharged gas engine have this craziness occur. The bottom line? Those stock blocks are good until they aren’t