Pop, Bang Video: Watch This Mean Little Nova Leave The Starting Line, Catch Fire, And See The Interesting Way It Is Put Out 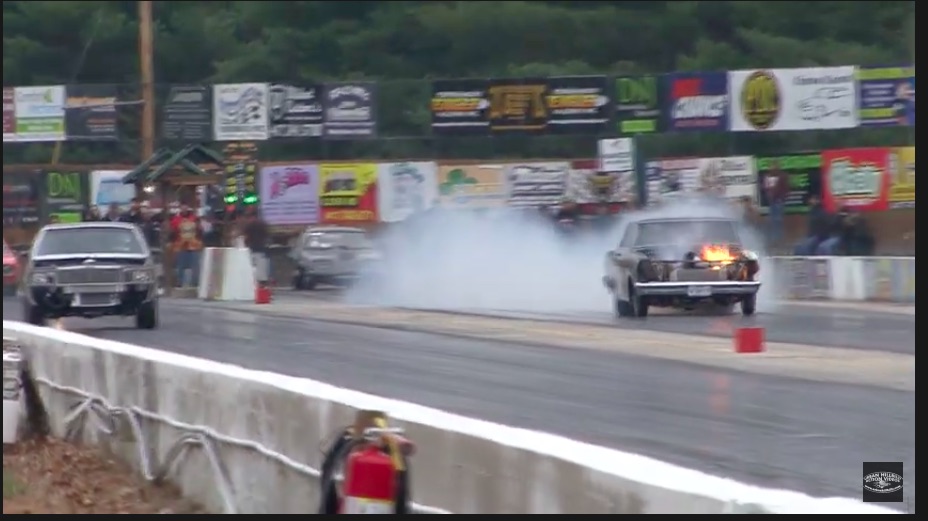 For starters, we are thankful the car starring in this video didn’t have a worse go of it than what you will see here. Leaving the starting line the machine seems to be gaining a good head of steam until it pops and a fire appears in the engine bay. The driver takes a second to get it out of the groove and pulled over and that’s when things get a little dicey. After pulling the car over and getting out, he notices that the sucker is still on fire and starts yelling about it. Using his own fire jacket as well as that of another racer, he seemingly manages to get it snuffed out before more people and fire extinguishers show up. Had this been a worse blaze, we’re not sure it would have ended this simply.

As so many are getting back to the drags at this time of the year, we’re begging you to make sure you have a fire extinguisher in your car. It would have saved this dude a fire jacket and potentially more if he were not able to beat the flames out with his own and someone else’s. They are light, they are handy, and frankly even if it is not YOUR car on fire you can totally help save someone else’s.

The car will surely be back on the track soon. When it is, we hope to see video of the nasty turbocharged LS engine sending it to personal bests and haul ass runs. Hopefully after getting the fire damage fixed an extinguisher gets mounted inside.

Press play below to see this Nova pop, flash, and bang on the drag strip –

One thought on “Pop, Bang Video: Watch This Mean Little Nova Leave The Starting Line, Catch Fire, And See The Interesting Way It Is Put Out”