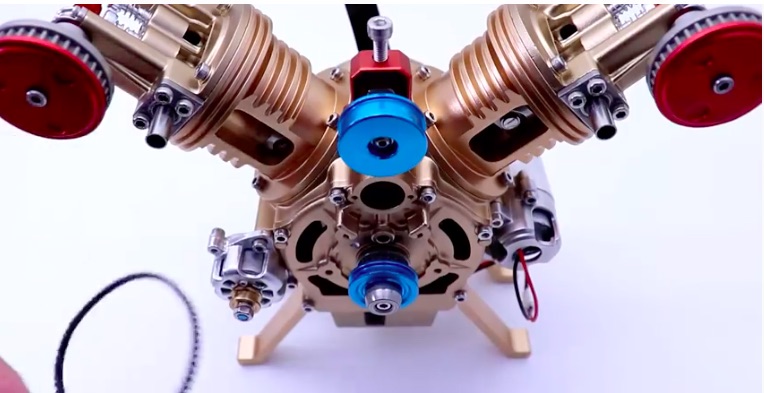 If you have been back to work for exactly one day after a holiday break and you feel like your head is ready to explode already, we have the solution. This zen-like video shows the assembly of a cool model V-twin engine kit and between the beauty of the parts and the satisfaction of seeing the engine go from spread on a table to complete, you’ll get some sanity back.

No, this is not a running model, the cut outs in the cylinder bores may have been a tip off of that. The mill is a stylized version of a Daimler V twin that was used for airplanes and other work a long, long time ago. We have no skin in the game but the kit looks to be of really high quality and when we looked it up and saw that it was $494 on eBay it reaffirmed the fact that it damned well better should be made of high quality parts for that money.

We’re probably weirdos but we could stare at the little cams working and the motion of the piston and rod in the cylinder for hours on end. Hey, maybe about $500 isn’t the worst investment for something that would always look bad ass on our desk.

We’ve bought dumber stuff for that money before.