Watch This Table Top Sized Ardun Headed Flattie Fire Up And Run – The Sound Is Great! 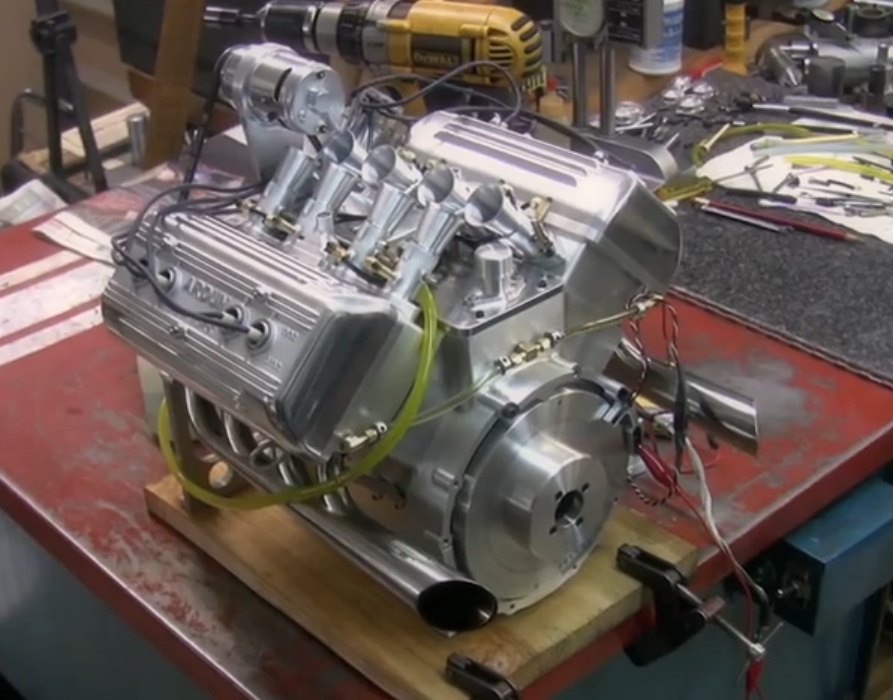 You can thank garbage trucks for the birth of not only some of the most legendary and coveted hot rod parts known to man in the form of Ardun cylinder heads but also for launching the career of a man who still stands as a giant long after his passing today, Zora Arkus-Duntov. We think of Ardun heads today as pieces used by hot rodders to make their cars faster and they were but the original intention of these babies was to crank the power level of garbage trucks being used in London up after Ford was granted a contract to supply them but their flathead V8s were not making enough power to meet the specs of the agreement. This overhead valve conversion got the power levels up and had the trucks meeting muster. Today, original Ardun heads are among the most prized pieces in the hot rodding universe.

Now that you know a little about the heads, you’ll understand how absolutely awesome this small version of an Ardun headed Ford is because the whole entire thing was scratch made. You will see the engine from a couple different angles and you will hear it road to life. The only thing better would be seeing it “naked” with the valve covers off but in this instance we have to admire it all buttoned up. The angle from the front shows all the billet awesomeness of the magneto and other pieces that were obviously hand crafted because there isn’t a store shelf known to man that has “one third scale” Ardun parts sitting on it for you to buy.

Ron Bement is the guy who created, conceived, and machined this entire engine. He and those of his ilk that are into these scale engines continue to blow us away with their creativity and precision in their construction. It is wild enough to see someone built a tiny one banger but when you go through the detail of recreating every part of an engine as unique as an Ardun and it runs like a Swiss watch, you are clearly operating on a different level than we are. Thanks to Ron and all of the other scale engine people out there who continue to create and awe us!

PRESS PLAY BELOW TO SEE THIS LITTLE ARDUN FLATHEAD V8 FIRE UP!

Expensive Carnage: The Mercedes "Porter Special" Crashed Into A Lister-Jaguar At The Goodwood Circuit Irwindale Speedway Likely To Be Demolished To Make Room For An Outlet Mall

2 thoughts on “Watch This Table Top Sized Ardun Headed Flattie Fire Up And Run – The Sound Is Great!”