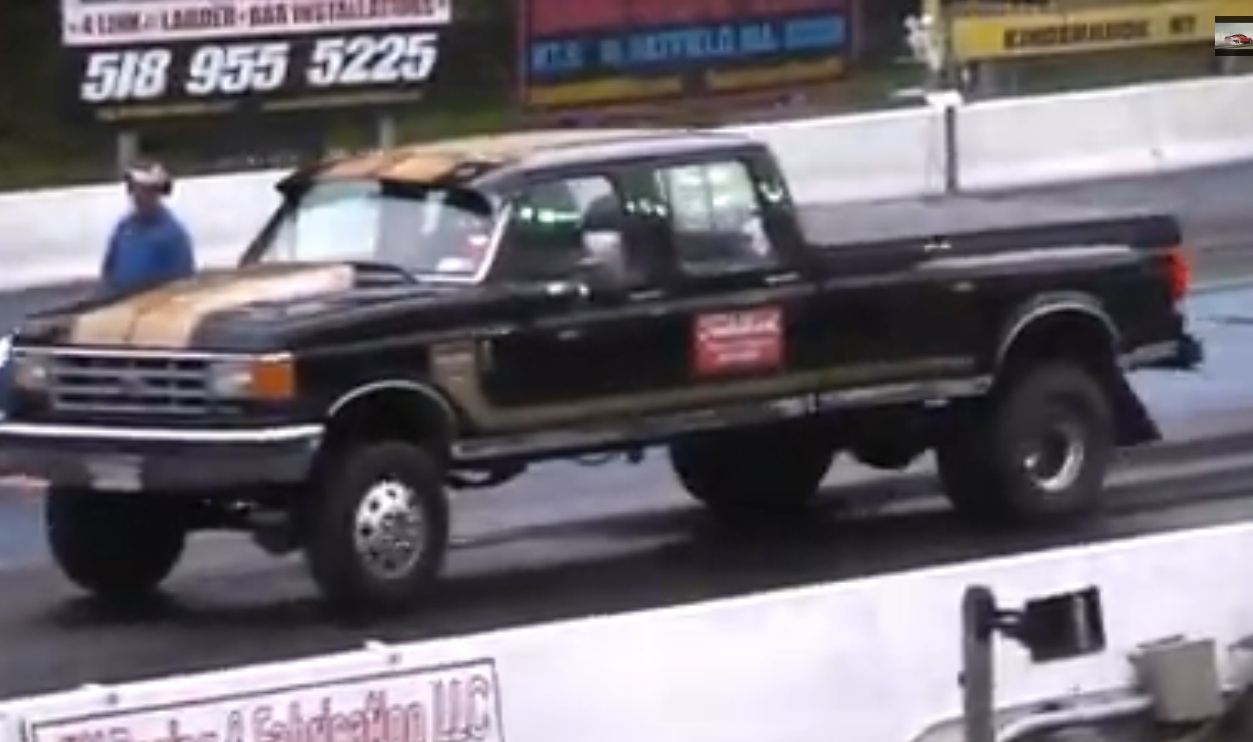 Fun fact to know and share: I announced my first drag races at Lebanon Valley Dragway in New York where this video was shot. After trying my hand at SCCA road race announcing and getting enough confidence to call the track manager at LVD (Which was little more than an hour from UMass where I was in school) he gave me a shot on a Saturday test and tune and soon after I found myself there virtually every weekend. One thing that was not there was this humongously glorious Ford truck that looks awesome and runs harder than most guys can get a new Camaro to go! Call me crazy if you want but I bet this truck is every bit of 7,000lbs and maybe more because it is literally the largest one they offered at the time with the full bed and the crew cab. Note that it is a 4wd, but in all the drag passes you will see, it is running  in 2wd with a set of mondo rear slicks getting all that goodness hooked up.

I have no specs on the truck but I am guessing by the time today is out, we’ll have them. If there is anything other than a big block in there, I’ll be super shocked because again, just to get all of this thing moving would take a massive amount of torque and big cubes get that done the cheapest and bestest….unless this this is turbocharged and then all bets are off. You will see the truck making some time runs and then it is engaged in bracket racing competition because you can see the dial ins on the windows of the competition vehicles. The owner obviously races it a lot because he has permanent stickers on the window with the PRO class designation which means that he is footbrake racing the truck and not using a delay box, etc.

The actual physics/look of the behemoth coming off the starting line isn’t exactly pro stock poetry in motion, but don’t take that as an insult. The big slicks bite and kind of throw the whole truck down the course. It hit second gear hard enough for those big tires to nearly jump off the track! Anyway, this truck must be an absolute riot on the street, scaring muscle cars and making guys explain to their pals how something the size of the Queen Mary II just left them eating dust.

You Decide, Legitimate or Vaporware? The Shelby Maverick We Want It: This Weathered Impala SS Is Sleeper Perfection!