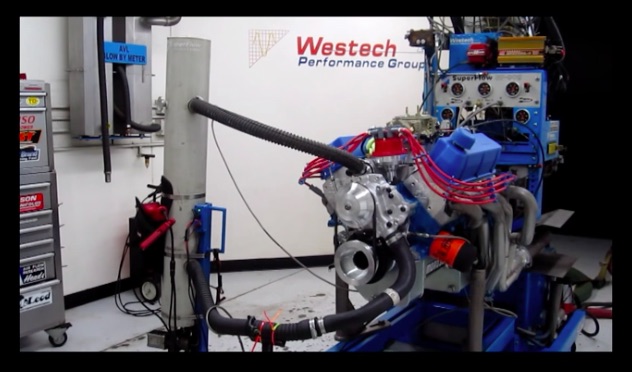 There are certain engine combinations that are so prevalent in the world of hot rodding we’re wondering why the original equipment manufacturer did not just build them itself to start with. One of those combos is the 306ci Ford small block. Effectively a 302 with a slight bore job, the 306 has powered hot Mustangs and other Ford models for decades. They made great power, they breathe better with more bore, and they, like every other engine in the world respond beautifully to power adders. Below we have a couple of videos to show off Ford 306ci small blocks getting the job done on the dyno and on the track.

Unlike the 331ci and 347ci variants of the small block Ford that employ more stroke, the little 306 does not run into any of the issues with rod angle or potential reliability problems that some of those more deeply stroked engines can have. No, the little 306 will typically run forever and a day assuming you don’t melt it with nitrous or blow the crank through the bottom of the block with boost.

Heck, as the commonly accepted lore goes, the factory 302 blocks are good for about 500hp anyway before they break in half, right? If you want a salty little small block on the cheap, have your 302 bored, stuck back together with a set for larger forged pistons and hit it with some spray for kicks. Everyone wins and you’d have a day a year to toast your engine in thanks. See? Brilliant.

Morning Symphony: Carving Up The Road Like A Video Game With A Yamaha R1M Project Great Pumpkin Mustang: Gauge Lights That Actually Light Up!