Breathtaking Video: The Wide World of Sports Coverage Of The 1966 NHRA US Nationals Is Full Of Legends 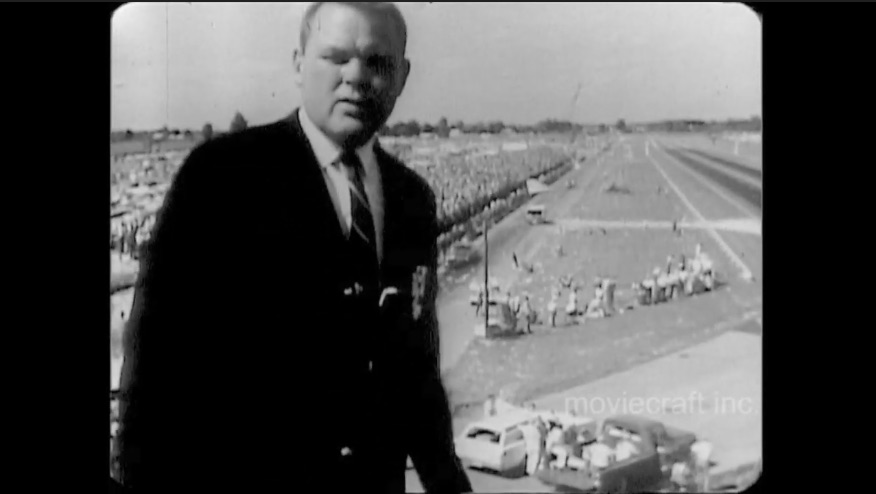 It’s always amazing when “new” footage of classic drag racing hits the internet and this ABC Wide World of Sports video from the 1966 NHRA US Nationals is just fantastic. Hosted by the legendary Keith Jackson and featuring the semi-final and final rounds of both Top Stock and Top Fuel Eliminator, you will see Grumpy Jenkins, Jere Stahl, Don Prudhomme, Danny Ongais, Mike Snivley, and more. It’s just so awesome when you add in the interviews with drivers, fans, and the overall spectacle of IRP (yes, it is now known as Indianapolis Raceway Park again!) on the sport’s biggest day. The magic of Monday at Indy returns to the world of NHRA drag racing in 2022 and there is nothing else like it.

You’ll hear Jackson talk about the “sit out car” when mentioning the Hawaiian dragster a few times. People may be confused by this, but back then the concept was simple. Whoever won Top Fuel class eliminations earlier in the weekend got to sit out until the final round to race the competitor who had smashed their way through the 32 car field to get that far. Weird? It wasn’t at the time. At this point, the Hawaiian had won every single NHRA national event it was ever entered for and they were trying to keep the streak alive.

After the 1965 season, Don Prudhomme went off on his own to go racing and Mike Snively got the driving job, hired by car owner Roland Leong who also appears here. He was regretful of that move as the car was clearly the best the sport had to offer.

One thing that is stunning about this broadcast is that they showed a fatal accident. Jim Riley was killed earlier in the race, suffering a horrible top end wreck that took his life. The crash is shown as is the emergency response. But the show had to go on. It’s kind of amazing that this footage was ever brought to the light of day, especially with Wally’s obsessive nature when it came to the image of the sport and safety.

Just watch this and enjoy 12 amazing minutes of footage and commentary.

3 thoughts on “Breathtaking Video: The Wide World of Sports Coverage Of The 1966 NHRA US Nationals Is Full Of Legends”