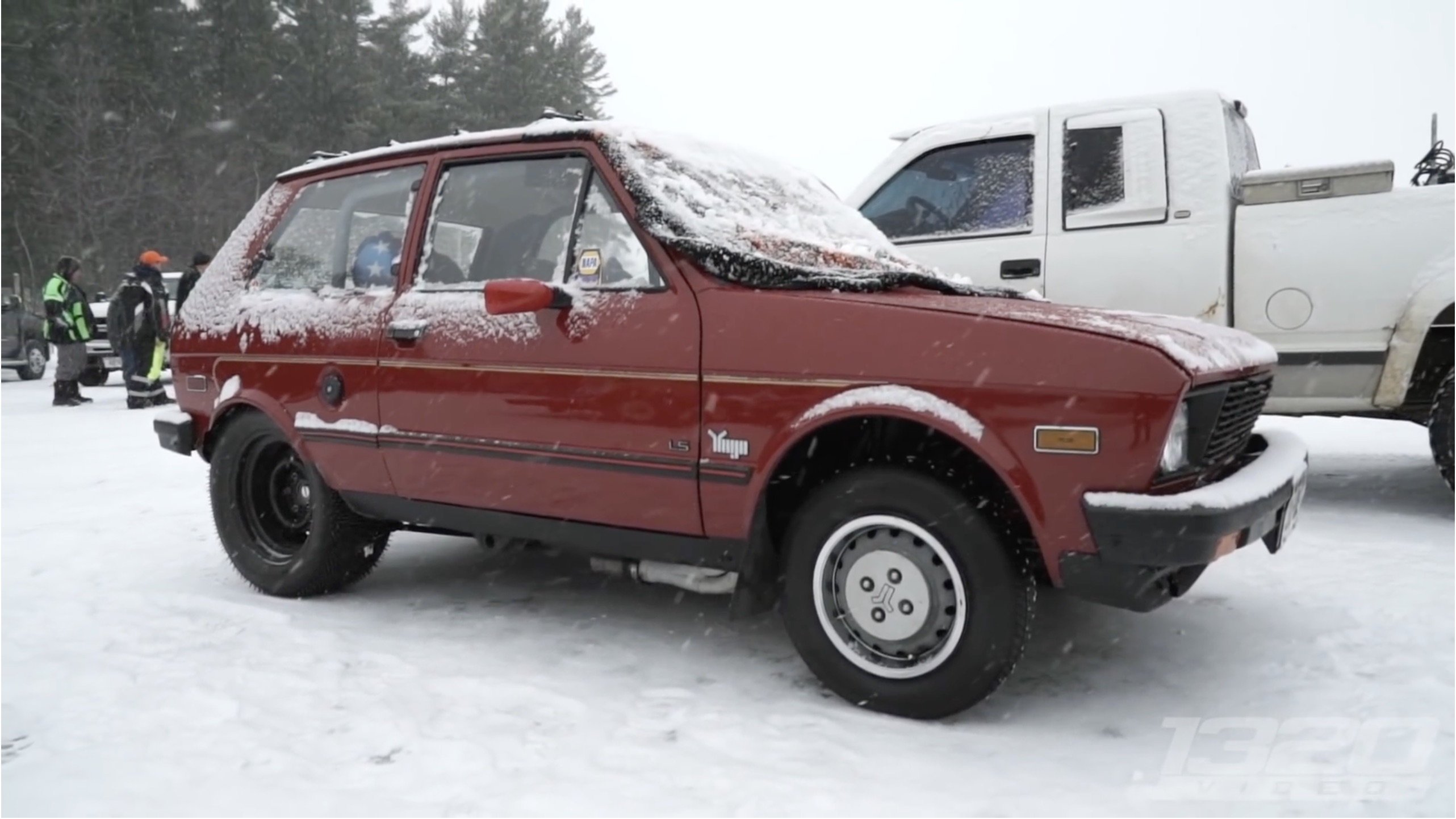 “Two wrongs don’t make a right!” Story of my childhood, and many others, I’m sure. Story of Malcom Bricklin’s career, if we are to be honest, as well. First, he brought Subaru to America. It started off pretty badly, but to his credit, all you need is a first step, and look at where the company is now. His second step wound up figuring out the secret into getting Canadians very angry in a manner that didn’t involve beer, moose, or the eating of the last Nanaimo bar. That pet project is known as the Bricklin SV-1, a car that was supposed to be something of a mashup between a C3 Corvette in looks and performance, painted Mopar colors and powered by either a Ford or AMC V8, but with a body of questionable structural integrity. After winding up with a bill to the province of New Brunswick to the tune of $21 million, he imported Fiat sports cars for a bit before Pininfarina’s deal with Cadillac for the Allanté killed that cash cow, and that’s when this little gem hit the shores of the United States. Rooted in a 1971 Fiat design and in production since 1977 as the Zastava Koral, in 1987 the Yugo appeared on American shores. It was the lowest-priced car in America, promised to be thrifty on gasoline and easy to live with, much in the same way as the Chevrolet Chevette would be.

Here’s the thing about the Yugo: it’s reputation has been lower than low for decades. I’ve honestly seen one cut up with the rear section used for a mail box. The last time I saw one running, the owner had to push it backwards because reverse was either an option or had checked out completely from the transaxle. And I’ve never seen a running Yugo that wasn’t puking out oily blue smoke from the little drain pipe of an exhaust. Which makes this shiny, nearly restored example found at the Merrill Ice Drags something of an anomaly. Well, there is the 5.3L LS under the hood, too. They say that you should only race something you aren’t afraid to push off of a cliff. As long as the engine can come out for another body shell, this Yugo just might be the perfect choice…because, really, who doesn’t want to shove one of these off of a cliff?

Happy 2/28 - An Ode To The Oft Forgotten GMC 228ci Inline Six Engine Wild eBay Find: These Refurbished Propellors Off Of A WWII P-47 Thunderbolt Are Amazing