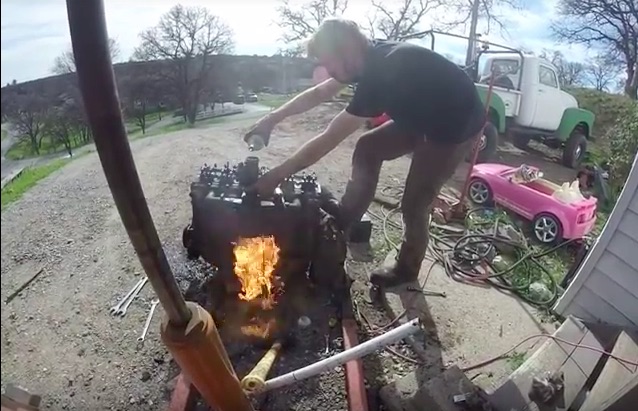 When one thinks of old GM six cylinder engines, the typical suspects are part of the discussion. There’s the 216, the 235, the 231, the 230, the 250, and on and on. Well there was a dedicated engine that the GMC brand used for years that was a member of that family but had a few of its own unique characteristics. We’re talking about the 228ci GMC inline-six. This engine was around from 1939 through the 1953 model year and it was kind of at the bottom of the power chart for GMC but they made a lot of them. The larger 248 was a better choice for heavier duty operations but as a dedicated workhorse, the 228 was a good runner.

Prior to 1939, GMC used Pontiac engines in their trucks. From that point forward though the brand relied on Chevrolet or Chevy based engines as this is the case. The 228 engine was different from the 216 and the 235 in several ways. This was the smallest low deck inline six GMC used and it had a bore of 3.1825″ and a stroke of 3.5625″ with 7″ long connecting rods. The engine was fed with a 1bbl carb and it has all the classic looks of the typical Stovebolt Six that was a bedrock of transportation for many years in the halls of GM.

While there are some parts that interchange with the other Stovebolt engines, stuff like head gaskets, rod and main bearings, pistons, and other components are their own animal.

These engines are basically only coveted by GMC truck restorers it seems and that makes sense. It is not a performance mill and it does not have a lot going for it other than the fact that it was OE equipment in those trucks. No one is hunting these things down to swap into a muscle car, right? Let’s hope so, because if they are it’ll go from muscle car to just car in a hurry.

Tip-Toeing Through The Boulders: Watch As Tim Cameron's Newest Rockbouncer, "Stand Back", Takes To The Trails For The First Time! Yugo, He Gone: Improving The Most Hated Car Ever With The Most Hated Engine Swap Ever!