Lotus By The Numbers: 10 Of The Greatest Lotus Models Ever Scream Up The Hill At Goodwood 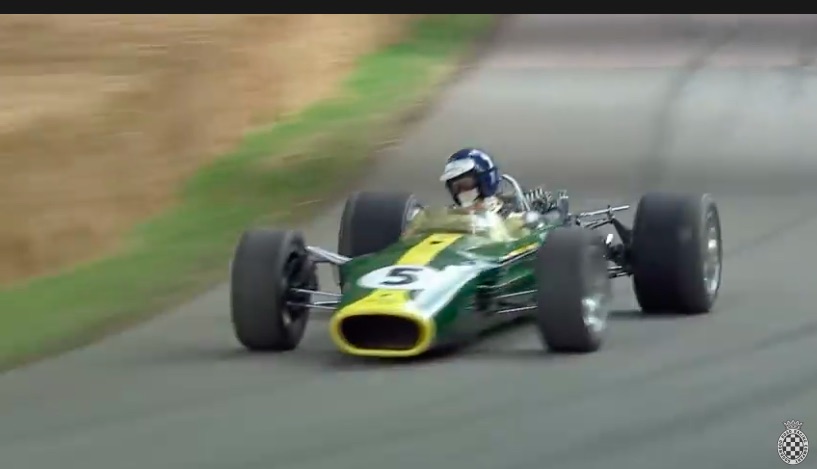 Colin Chapman did not invent the idea of building very, very light race cars but he certainly took it to places and measures no one had ever seen with Lotus. During the 1960s and 1970s the cars were always cutting edge and more times than not they were fast. They were also very, very dangerous and a long list of drivers did lose their lives in his cars. That wasn’t isolated, though. Formula One and open wheel racing in that era was deadly no matter who built the cars but the Lotus contingent certainly had a reputation for being in a higher risk category than most.

The F1 cars you will see here, especially those from the era of the 1960s are beautiful but can you actually imagine racing them flat out? That took courage which is beyond our ability to describe.

Maybe our favorite car in this whole mix is the Lotus Cortina. These cars are highly prized today and worth a mint. They represent one of the first efforts of making a production car into a racer for the masses. The GT350 collaboration between Shelby and Ford was great but the Lotus Cortina was different in so many ways. The Kent four banger, the re-worked suspension, and the idea that a production race car could be bought off the factory floor were all pretty new back then.

Each one of these cars in amazing, which is your favorite?

Drag Strip Time Travel: This Footage From Edgewater Sports Park In The Early 1970s Is Fantastic Level Up: Lexus Gets Serious About The Compact Crossover Market With All New NX