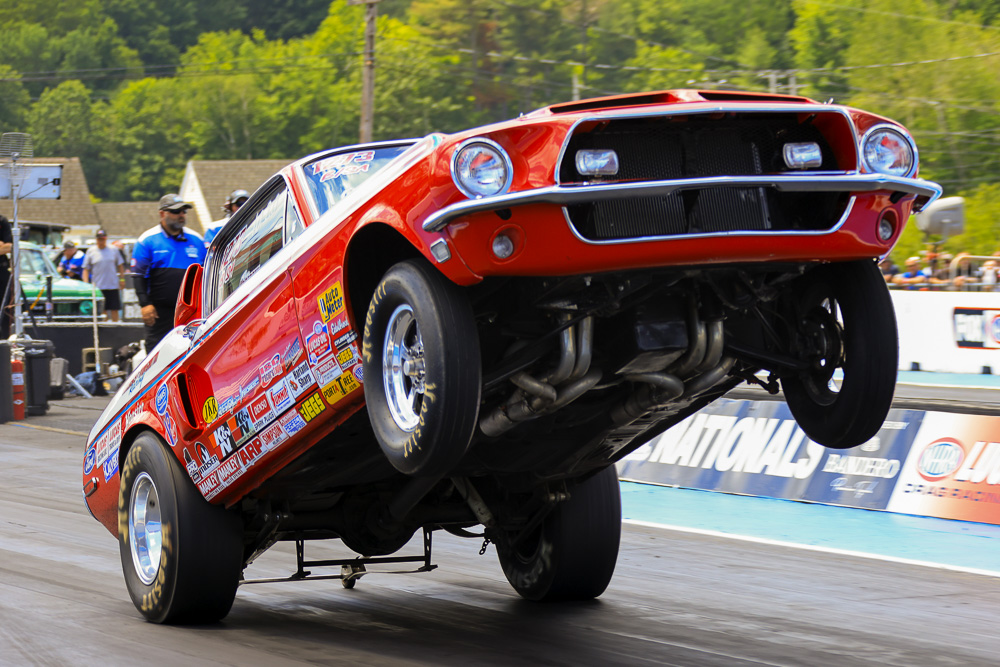 (Photos by Wes Allison) – The 2021 TascaParts.com NHRA New England Nationals presented by Bandero Premium Tequila was a great event with sweet weather, huge crowds, and loads of action but it was missing one big piece…Canadians. New England Dragway has always been a haven for Canadian racers and drag racing fans to come down and have fun in the stands or on the strip. Because the boarder is still closed we were missing loads of those Canadian fans and racers but we’re confident that we’ll see them in 2022. Despite that bummer, the cars put on a killer show as you will see here.

Outside of the occasional sprint car going wheels up out of a corner, drag racing has the market cornered on wheelstands, right? The stock eliminator wheelstand is typically a little pop up wheelie because of the tractor-like gearing many racers use but the super stock wheelie is really an art form. The larger tires, re-worked rear suspension, and more power make them typically longer lasting than the less powerful stockers.

We love them all, especially those captured in time below!