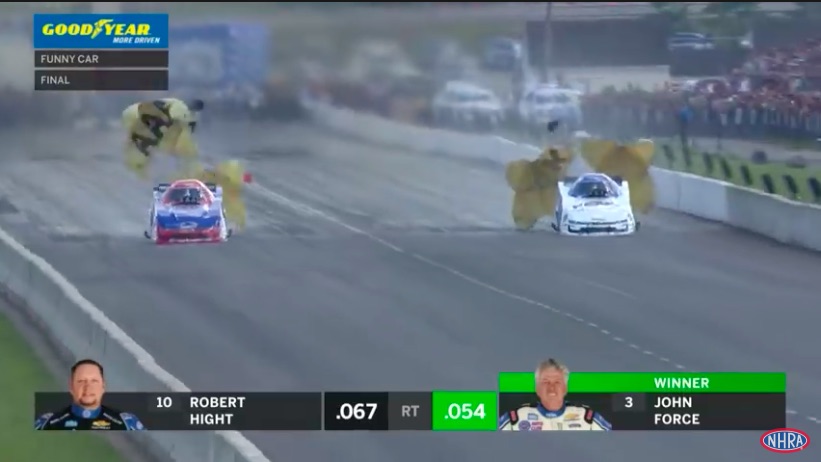 It was a day of fresh faces and grizzled veterans collecting victories at New England Dragway last Sunday at the conclusion of the 2021 NHRA New England Nationals. Young Aaron Stanfield continues to prove his mettle by collecting another pro stock Wally, Billy Torrence won the final of top fuel on a hole shot, and John Force collected the 153rd win in a storied career that seems to show no signs of slowing down at all.

With short fields in top fuel and funny car the ladders were weird to say the least. The Virginia Nationals were slated to be the week before Epping but crowd restrictions caused that race to be postponed and left New Hampshire on an island. Not the easiest track to get to, the fields showed that struggle. That being said, the fans got one hell of a show because from the first round on it was one championship contender after another throwing down.

Of course the 153rd win for John Force dominated the headlines. Racing his teammate in the final, Force outran Robert Hight to claim his second Epping triumph, the first coming in 2015. This was the third straight race for a John Force Racing entry to be in the final round and they have re-established themselves as a dominating force in the category.

Billy Torrence drove very well in Epping and took advantage of a finely tuned car to carry the CAPCO name to the winner’s circle over Mike Salinas. He won from the number one qualifying position, completing one of the sweetest weekends of his career.

Check out the final round videos below!