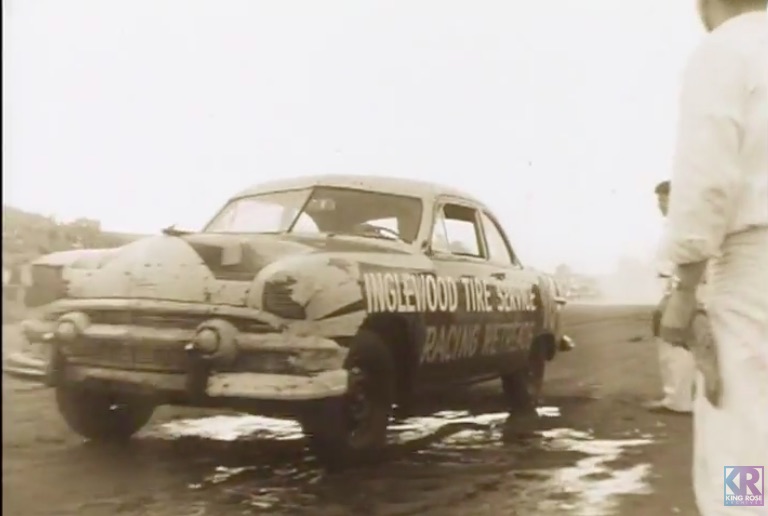 Pomona, California has been a hot bed of racing for nearly 70 years, and it’s more varied than you think. Since 1953 there have been drag racing events at the place and while that is the type of automotive competition most people think of when 1950s Southern California is mentioned, it should not be. This is video proof of that statement as you are about to see awesome footage from one of the many stock car races held in the general vicinity of the drag strip on the grounds of the sprawling Pomona Fairplex.

Names like Roger Ward are seen on the cars and what cars they are. You’ll see the usual suspects like Hudsons and all but there’s a least one Studebaker, a Henry J, and a host of others as well. The other neat little snippets you’ll see are someone from Hot Rod Magazine in their staff shirt shooting photos in about the same spot the guy taking the video is. As the camera pans a time or two you’ll catch the shirt and the back of the shooter.

The front end geometry on these things is terrifying when you see them coming off the corners. There’s some wacky, wonky stuff going as the drivers saw at the wheel to get the best line around the dirt oval that served as a horse racing track when the cars were not on it.

Enjoy this video and come out to see us tomorrow in Pomona, it is going to be a killer party!