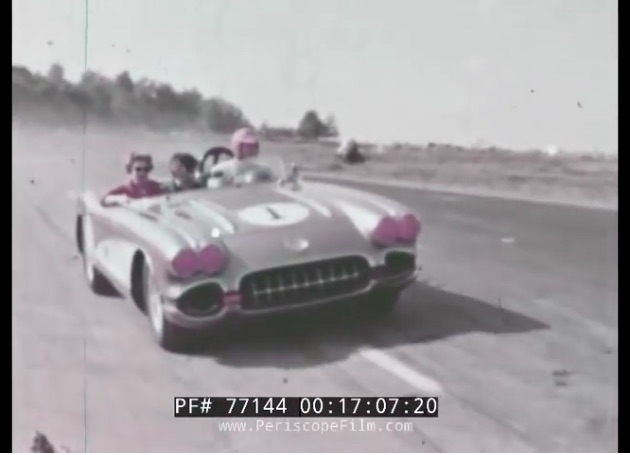 For many people who love the history of racing in America, the 1950s are considered one of the greatest eras of road racing this country has ever seen. Returning GIs who were about 10 years out of the war, 10 years into making money, and 10 years into wanting an adrenaline rush, imported cars and began racing in large numbers. Courses like Watkins Glen that began as a collection of public streets became actual racing facilities and beautiful ones at that.

This film was made by Kendall Oil and it is called “Competition Driver”. It is absolutely and 100% a piece designed to target those enthusiasts and racers who are competing in the world of road course competition. They were an emerging market and like the idea still persists today, if you can get the racer to use the product in his racing engine, he’ll use it in his street car, lawn mower, and anything else that needs oil.

We love this whole thing. The cars are amazing, from the “exotics” of the day to the Corvettes that were nearing the latter part of their first generation, this thing is awesome from end to end. The concourse d’elegance, the way people are dressed and acting. It was a different and cool era.

Ten Pounds In The Five Pound Bag: The V8 Lada Freakshow Gets Shaken Down! Video: The Crash Testing Procedure For A $2 Million Koenigsegg Hypercar Is Painful And Amazing