The Steam Dream: This 1969 Film Is Full Of Promise, Hope, and A Distinct Lack Of Reality – William Lear’s Dream 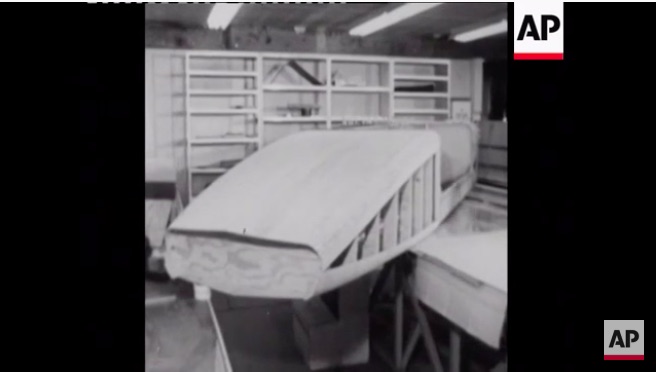 In the past we have told you about William Lear’s ill-fated attempt to build a steam powered version of a 1969 Dodge Polara to have the California highway patrol test out. Well, as it turns out Lear’s obsession with the world of steam went way, way, way deeper than that and frankly it went right off the deep end before it was all said and done.

It needs to be mentioned that Lear was a brilliant guy who was unfathomably rich after designing the Lear jet and basically redefining the world of corporate travel because of it. He pioneered ideas and practices that brought the cost of owning such a thing down to a reasonable level for companies and he was a brilliant engineer and designer. Like most brilliant people, he had a bit of a nutty streak and when it came to steam, Lear was all in.

While we do not know the roots of his steam obsession we know that he legitimately thought that he was going to change the world of transportation in the late 1960s. The police car project, which was going to be a small proof-of-concept exercise was not the most ambitious thing he had going on. The dude was building his own private version of Indianapolis (legitimately, his own PRIVATE IMS) in the desert to not only test the police and production cars but also to test the STEAM POWERED INDY CAR he was obsessing over. As you will see, the car was already under construction and taking shape when this film was made. The car itself was completed and is in a collection outside of Chicago but we do not believe that it ever moved under its own power. We’re also not entirely sure how many miles the cops racked up on the Polara, either.

The neatest part of this film is the fact that Lear was so invested, so sure, and so dedicated to the cause he speaks with a, “how can this fail?” kind of certainty. We are not mocking the guy for the dream or the work, we’re just kind of blown away at the vastness of his dream and the scale of what he thought this whole steam revolution would be.

Within a year of this film the whole thing was dead. The reciprocating engine he shows here was scrapped, plans for a turbine engine were being formed, and not long after that Lear finally put a bullet in the whole enterprise after investing tens of millions of his own cash into it.

Press play below  William Lear and his steam dream!

Video: The FoxJet Was The 1970s Mini-Corporate Jet That Was Set To Change The World, But Didn't Redline Rebuild: Watch A Model A Ford Four Banger Get The Full Rebuild Treatment!

3 thoughts on “The Steam Dream: This 1969 Film Is Full Of Promise, Hope, and A Distinct Lack Of Reality – William Lear’s Dream”