The Bodybuilders: This Early 1970s Film About Fisher Body And Their Plants Is Amazing 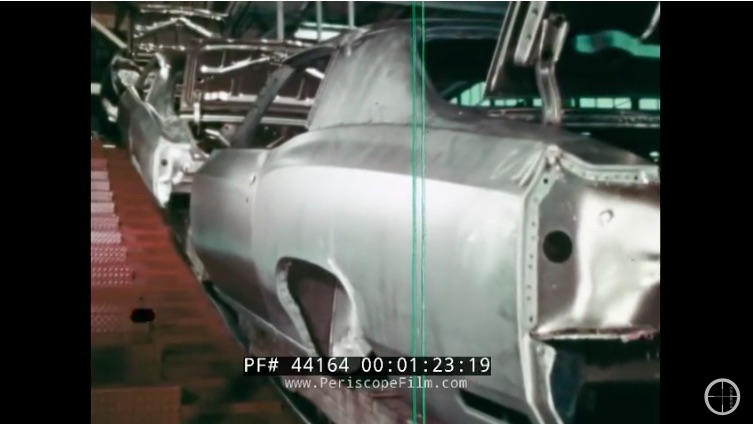 Boy, oh boy is this awesome! You are about to see this early 1970s film about Fisher Body and their plants called The Bodybuilders. Fisher Body was its own enterprise before being full enveloped by GM in 1984. This video shows the process of conceiving, engineering, and ultimately constructing car bodies at Fisher plants back in the early 1970s. The most commonly seen model “on the line” here is the then new Monte Carlo, the “personal luxury” car that Chevrolet rolled out in 1970. There’s loads more to this than just the assembly line footage, though.

You’ll see how interiors were designed and how “ergonomic” testing was done with weird gauges and machinery to measure people and make sure stuff was going to be comfortable. The line process is cool but the multitude of inspections is perhaps cooler. There’s one point where a guy is in a body on the line that is in this water tunnel and he’s checking for leaks with a flashlight. Knowing what we know about how these plants actually operated back in the day, we’re sure that when the camera was not in the car with him, some beers probably were.

There are things in this video that surprised us in terms of the amount of automation in the plants even nearly 50 years ago. We think you’ll dig this look into automotive history, big sideburns and all.

Press play below to see this awesome video called, “The Bodybuilders”

Burbling Beast: See And Hear This Massive Oshkosh Plow Truck Rumble With A 1,090ci Hall-Scott Engine She's A Little Runaway: Watch This Old Ford IDI Diesel Run Away While Hooked To A Sled And Pull Like A Boss!

2 thoughts on “The Bodybuilders: This Early 1970s Film About Fisher Body And Their Plants Is Amazing”