Vintage Road Test Video: Watch A 1971 Mercury Cyclone Get Tooled On And Evaluated! 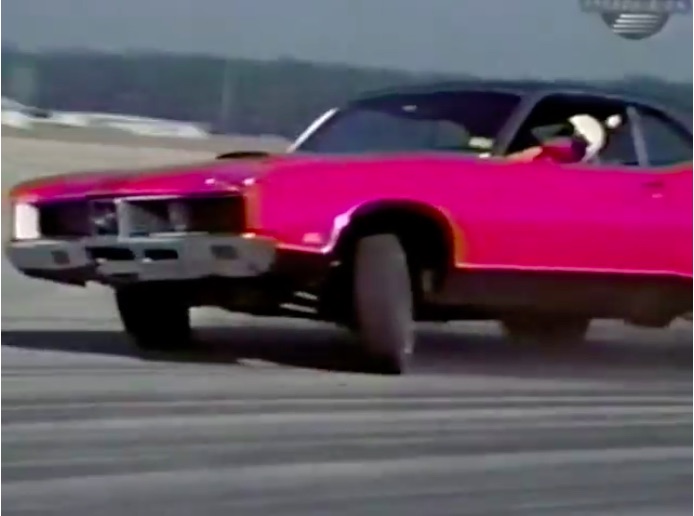 We love the old Car and Track road test videos here at BangShift and every once in a blue moon we are happy to run across one that we have not seen yet. In this case we get the opportunity to watch a 1971 Mercury Cyclone get tooled on with acceleration, braking, and handling tests. We’re not experts around here but when a car is pushing hard enough that smoke is rolling off the front tires in the corners, that is bad, right? Maybe bad for performance but it sure as hell makes for good TV!

To the credit of this car, we had kind of forgotten how much we liked the early 1970s styling of these over the Torinos of the same generation. This is a good looking car, just not a great performing one. The vehicle that they got to test came with the base 2bbl 351 engine which got the thing to 60mph in about 9 second which is mini-van territory.

The brakes were as predictably awful as the rest of braking systems were in that era, eventually clocking a stop of more than 210ft from like 55 mph. That means you would have plowed through the lights, over the curb, and through the elementary school before stopping. Whoops!

It is in the handling department where this car just really brings out the smiles. Watching it wallow and plow around the corners is wild. The car did not have the “cross country” suspension which sounds like it added things like sway bars and stiffer springs. This one must have ridden like a cream puff when cruising along but wow does it like to plow hard into the corners!

This is a cool car and the only thing we would change is the suspension upgrade and the big motor. Is it us or does she look pretty mean with the hubcaps off?

4 thoughts on “Vintage Road Test Video: Watch A 1971 Mercury Cyclone Get Tooled On And Evaluated!”