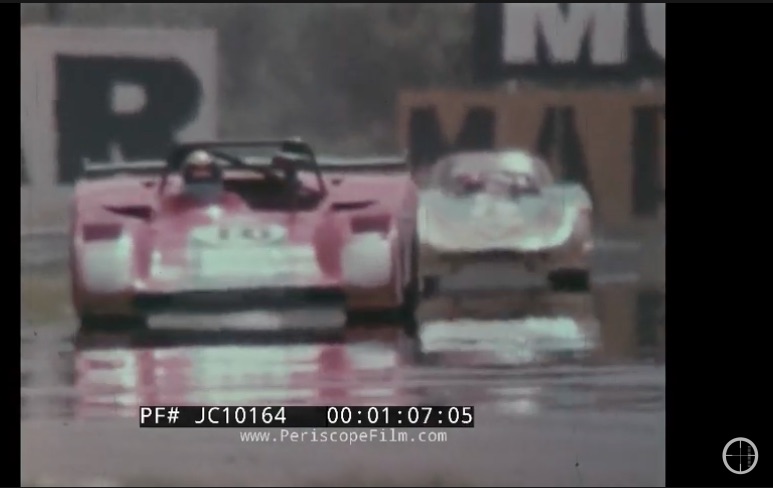 Ok, this is one of the most fantastic vintage road racing films we have ever seen. The title of the film is Le Mans: The Grand Prize and it is an inside look at the John Greenwood racing effort at the race in 1973. Greenwood’s thundering Corvettes were well known and feared on American road courses and after working a deal with BF Goodrich, he was able to send two cars and the trucks needed to field them at Le Mans. He was also able to put drivers like Don Yenko into service on the team for the 24 Hour thrash through the French countryside. There was one thing that really set this effort apart, though. The tires.

BFG signed off on this adventure as a way to promote the then new Radial T/A tire. Therefore Greenwood’s Corvette had to race on those tires through the entire 24 hours! They used flipping Radial T/A tires to race on at Le Mans. How insane does that sound?

With the horsepower and guts to run 200+ down Mulsanne and with competition from the greatest GT cars in the world, Greenwood and his team got after it. The footage from the event that is used in this film is just spectacular, as is the audio. The best part for us is just how different the Corvette sounds from everything else on the track. Thunder vs high pitched screaming.

How does it end for our heroes? You better watch and find out.

Press play below to see this awesome film called Le Mans: The Grand Prize from ’73!

Remember Bigfoot and USA-1 Racing Down Lanes of Crushed Cars At Gateway Motorsports Park In 1983? Let This Video Remind You This Chrysler Film Promoting Their Massive 1976 Station Wagons Against Ford And Chevy Is Awesome