Remember Bigfoot and USA-1 Racing Down Lanes of Crushed Cars At Gateway Motorsports Park In 1983? Let This Video Remind You 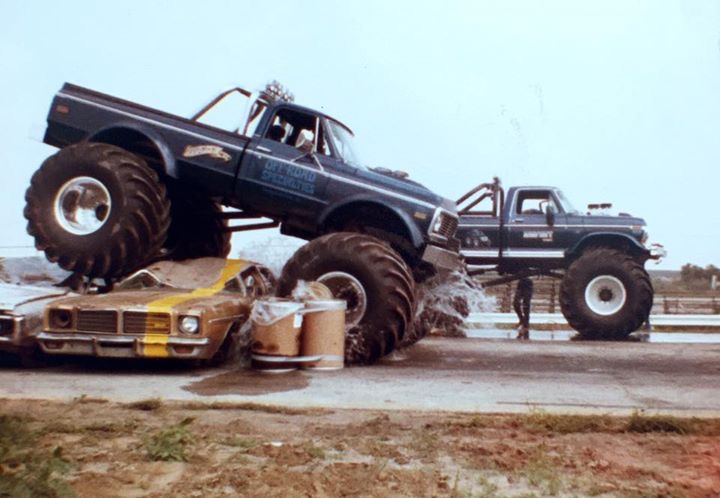 This video is absolutely awesome on every single level and we have to thank Chuy Nava for thinking of us and tipping us off to its existence. You are going to jump back in time to 1983 and to the television show That’s Incredible. I remember this show a little bit being a kid of the early 1980s but I had never actually seen the full segment of Bigfoot taking on USA-1 one before. Yes, you are going to see Bigfoot and USA-1 racing down lanes of crushed cars at Gateway Motorsports Park. You are going to see the track and immediately think, “Nope, not Gateway!”. In some ways you are right because while the Gateway Motorsports Park that exists today sits on the same plot of land, the track was in a different location on that land as well as the fact that it ran the opposite direction as the track does today. You’ll also note the humble sign mentioning that in the early 1980s this was an AHRA sanctioned facility. Neat, right?

The other really cool thing in my eyes about this video is the fact that USA-1 does not yet have its iconic paint job and graphics on it. In many ways it is an exact twin of Bigfoot but with a Chevrolet body on it rather than a Ford. Hell, they are the same color. We’re wondering when Everett Jasmer decided to make the change and paint the truck in the red white and blue hues we remember it for having for most of its life. Perhaps after this show? Who knows.

The opening of the segment is great and it seems that the laughter from the junkyard guys is genuine when Bob Chandler pops that line on them. Finally, isn’t it more fun to see these things lumbering along actually flattening cars than it is to see them jump like dirt bikes as they do today? I sure like it more. Then again, I’m getting old.

The Alfarrari Project Continues: Fuel Tank, Fuel Filler, Body Smoothing, And Assembling The Body Back Into A Whole Car! Le Mans: The Grand Prize - This 1973 Film About The John Greenwood Corvette Team At Le Mans Rules

One thought on “Remember Bigfoot and USA-1 Racing Down Lanes of Crushed Cars At Gateway Motorsports Park In 1983? Let This Video Remind You”