Two Minutes of Cringe: This 1980s Thank You Video From Pontiac Fiero Plant Is Hilariously Weird 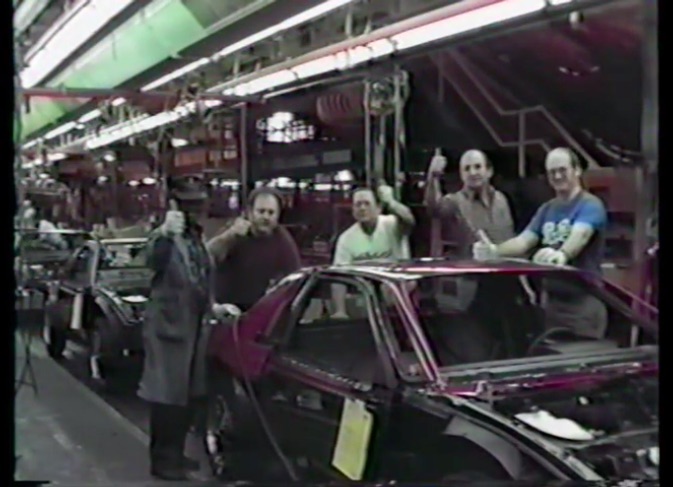 We know their heart was in the right place. We know the intention of this video was to thank and encourage a specific Pontiac dealer to keep pressing Fiero sales. We understand that these people are not actors and some of them seem openly unwilling to be involved but this is the most cringe-worthy video we have seen in some time. It’s hilarious in the level of uncomfortable displayed in almost every aspect of its creation. Ok, so what the hell is it?

Ocean Pontiac in Danvers, Massachusetts (which is near New Hampshire!) was one of the if not the single volume leader in Pontiac Fiero sales in the country when this video was made. The idea that someone had was obviously to thank and encourage the success of that dealer by providing them a video showing all of the people who were making a living on the success of this car at their particular plant. GM being a massive company had the resources to make it all happen and it seems like they did…as quickly as possible.

When we originally clicked on the link to check this video out, we were expecting to see cars getting built, not oddly executed thumbs-up moves, group thank yours about as coordinated as an Iranian anti-aircraft battery, and camera work straight out of 8th grade.

Giant Six: Watch This 2,894ci Waukesha Gasoline Engine Fire Up And Rumble With The Help Of A Pony Motor Handsome Brute: This 1970 International Harvester 1200D Is The Nicest Example Of 1970's Toughest Truck On Earth

9 thoughts on “Two Minutes of Cringe: This 1980s Thank You Video From Pontiac Fiero Plant Is Hilariously Weird”