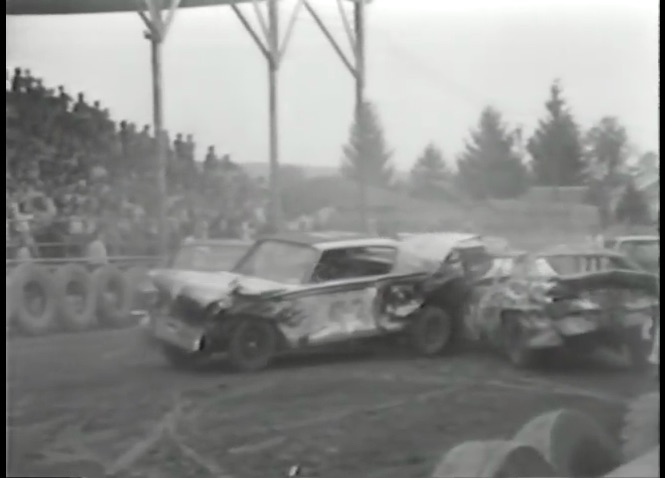 If you are in a smashing mood today, this 1982 demolition derby documentary called the last car running is going to get you all perked up and ready for the day. If you are a body shop owner, this will have your eye twitching by the end seeing some nice steel getting completely and utterly mangled. This is a black and white, low buck shot film but it is a fun watch if for nothing else to look at what has to be considered the golden age of the demolition derby in terms of the available junk piles to compete.

It is getting scarce these days to even see cars as big as a B-body 1980s Caprice in a demo derby but back in 1982 when this was made? The best Detroit battering rams ever built were worthless and ready to be claimed for combat. Chrysler Imperials, Cadillacs, Lincolns, and the like were all available to hammer on each other and as you will see there were wagons a-plenty as well.

One of the coolest moments in the film is when a guy is asked what the ultimate derby car is and without a breath of hesitation he comes right out with “Chrysler Imperial” said that he knew a guy that won a derby three years running WITH THE SAME CAR. If that isn’t a ringing endorsement, I don’t know what is.