Looking Back To Look Ahead: The 1993 Land Cruiser J80 Still Stands As A Really Great Example Of The Quintessential SUV 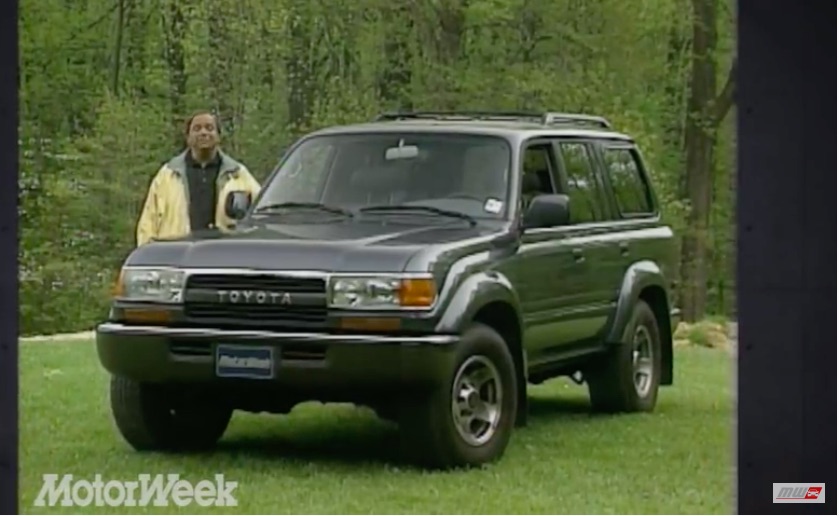 From 1990 through 2008, the Toyota Land Cruiser J80 ruled the Earth. Well, that may be overstating it, but the J80 generation of these trucks were sold all over the world in varying configurations. In 1993, the 4.5L inline six that would be the staple power plant arrived on the scene and woke the performance of the behemoth some. No, they were never fast but I have a weird sweet spot of love for these rigs in my heart. I love the design, the look, the big beefy tires that they wore from the factory, and the point that they had legit chops off road. These were the Japanese answers to the Range Rover and I think  they were cooler in every way.

This video is neat not just because of the J80 angle but because it shows us how far we both have and have not come when the discussion turns to SUVs. In the roaring performance sector, today’s SUVs beat the brakes off of stuff like he Land Cruiser. The 215hp that this truck has were solid for the day, but there just were enough gears behind it to really get the load moving, or to get the fuel economy out of the doldrums. Physics continue to be a problem for SUVs. Huge box with rounded corners is not efficient. It was not in 1993 and it ain’t in 2020.

The interior is baller for the era and frankly we think it is more classy than lots of SUVs today. You definitely knew you were in a luxury rig when you got into this sucker.

Gimme the fender bulges, gimme those big wheels and tires, and gimme a trail to take this thing for a ride on. Annnnd now I am going to see if I can find one for sale.

The Largest Truck In The World Circa 1932 Wasn't That Big But It Sure Was Slow Cool Video: Watch This Early 1970s Crash Testing Film That Features A Corvette...With Air Bags!