Leadoff Act: The 1987 Chevy Beretta Was A Youthful Sporting Shot From A Company Reshaping Itself At The Time 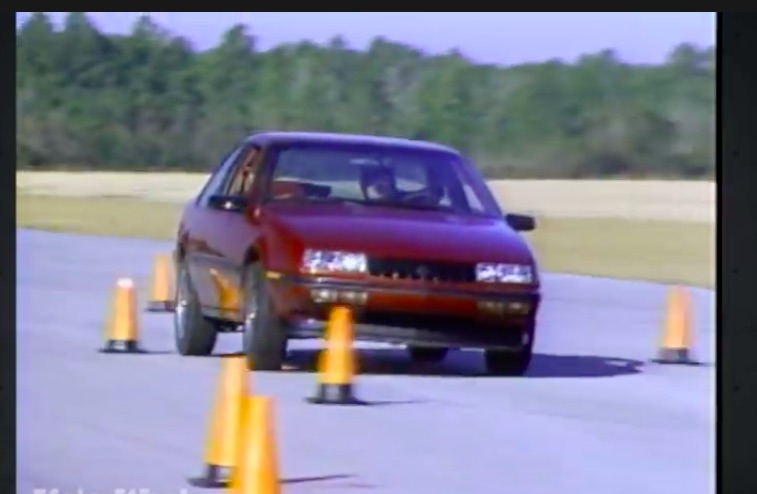 For 10 years, if you did not want a Camaro or a Corvette your other option for a coupe from Chevrolet was the Beretta. This two-door version of the Corsica was made in several different models, always had a hint of performance, and were cars that high school kids sought out used in the late 1990s to shuttle themselves around in. As we’ll see in this 1987 MotorWeek video, the car was one of a bunch of models that Chevrolet was revamping, changing, and releasing in this 1987-1988 time frame. Hell, they revised the styling of the whole truck line at this time as well. It really was a company reshaping itself for a new era.

These were not overly exotic cars. They were on the same platform as the Corsica which was four doors and basically were targeted at those younger buyers who needed more utility than a sports car style coupe could give them. You got yourself a 2.8L 130hp engine in this sucker, a five speed manual gearbox, the Z51 high performance suspension, and an interior that looks like it was stolen from a Las Vegas brothel.

What’s going to be interesting to us is whether or not cars like this ever gain any sort of following for things like restorations or even preservation. Have you ever seen someone roll into a cruise night in a Beretta? Will you?

This GT model was not the only performance variant the Beretta came in. In fact, down the road of history the GTU and GTZ along with the Z26 were stout performers for their time, especially when the Quad4 engine was employed for several years. But that was a ways down the road from this moment. Check out the Beretta’s beginnings here!

3 thoughts on “Leadoff Act: The 1987 Chevy Beretta Was A Youthful Sporting Shot From A Company Reshaping Itself At The Time”