This 1991 IHRA Video Known As Crash-O-Rama Has Some Big Names And Big Carnage In It! 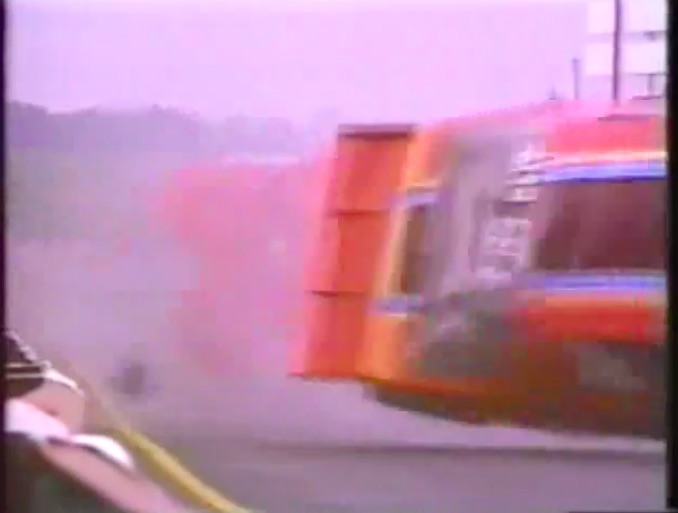 It is weird to think about now but there was a huge business in VHS tapes back in the era before YouTube, streaming video, and OnDemand, well, anything. The “And They Walked Away” Series ended up spanning like a dozen volumes by the time Diamond P Sports quit making them and there were others out there making stuff as well. The IHRA wanted a piece of this action so they went to Masters Entertainment and had them create a video called, “Crash-O-Rama”. The video follows basically the same style as any other period tape with replay footage, highlights, and most of the nation being narrated by Ted Jones.

What makes this video cool is that it highlights some big names early on in their careers. Guys like Del Worsham and others raced hard on the IHRA trail will developing their operations and trying to make a living. Around 15:00 in, he burns a funny car to the ground and if you watch the clip you’ll likely recognize the voice of the announcer that is speaking in the backgound. It is the NHRA “stat guy” Lewis Bloom. Bob Frey worked for the IHRA as well and his voice can be picked up a time or two on this tape. Legendary announcers Jon Lundburg and Bret Kepener can be heard speaking over various PA systems as well, especially during the last clip on the film which is easily the most wild.

Bruce McCombs suffers one oft he worst and most scary jet funny car blazes we have ever witnessed. Thankfully he was ok. Bret Kepner was announcing during this clip and you can hear him. As the car burns to the ground and the other car runs down the track, Bret can be heard saying, “We promised you the most exciting finale in drag racing history, right?” LOL!

Incredible Video: Someone Built A Turbine Powered Chainsaw And It Works Awesome - See The Guts And See It Cut! A Day At The Digs Circa The 1970s At Orange County International Raceway