Quick and Weird: The 1992 VW Passat GLX Got A VR6 Engine But Kept The Awkward Looks 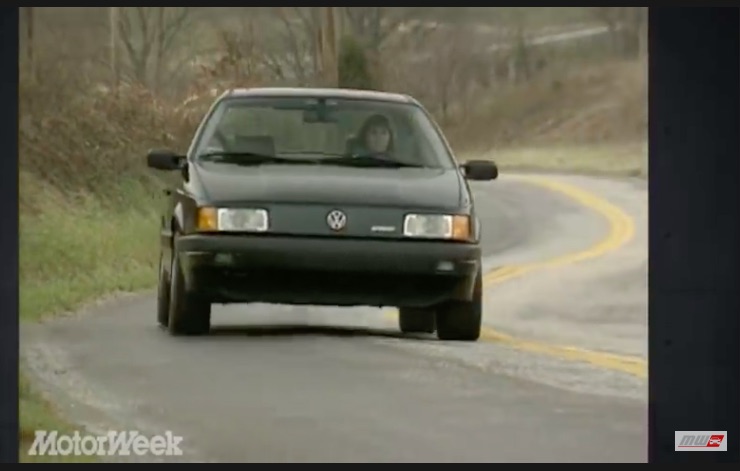 We always talk about the early 1990s as the time that muscle started to arrive back into the product lines of American car companies. It’s important to recognize that it was not just the domestic manufacturers pumping some iron at that point, virtually everyone was getting in on the party. European car makers were perhaps not in as deep a performance hole as the domestic makers but they were not willing to give an inch so there were new engines and performance was definitely a selling point for them as well.

Take VW. They developed and dropped their nifty new VR6 engine into just about everything they made to spice it up. The VR6 was basically a V6 developed to plunk into the space where a four banger lived. Using a single head and only a 15-degree bank angle, it was really a neat design. Short and stubby like a V6 but narrow to the point of almost seeming like an inliner, it fit the bill and made some suds!

You’ll see that this car was capable of running 0-60 in 7.7 seconds with a stick. For the time, that was some hustle. Doubly so out of a naturally aspirated car with a six banger in it.

The one thing that strikes us even still about this era of the Passat is just how freaking ugly it is. The front end is weird, the side profile is just awful, and the back completes the package of badness seamlessly. VW typically does not make bad looking cars but this was a notable exception. Just the weird spread of the front headlights is kind of jarring to look at.

The VR6 was a huge success and launched a new era of VW performance cars and enthusiasts. The styling department just doesn’t get the same praise here. Sorry, fellas.

Amazing Video: Watch The Detailed, Involved, and Super Interesting Process Of Building A Tiny Connecting Rod! Let's Get Weird: This Video Looks At The Strangest Concept Cars Of The 1980s