Having driven the road going version of this car, the 2017 Shelby GT350R, I can tell you from experience that the actual race-only version has to be an animal beyond your ability to conceptualize. See, Ford’s Cobra Jet program gets all the headlines when it comes to the “factory built race car” stuff but their road racing program which produced weapons like this, has been just as mean.

This is a turn-key, race it today, machine that someone must have scooped up back in 2017 and is now deciding to flip. It clearly has never been raced as the plastic has never been removed from the driver’s seat, the tires look perfect, and there’s not a nick or ding on the paint. 50 of these cars were built in 2017 and this was the 45th one made in the run. The seller is asking $129,000 and change for the racer, which seems about an even push from what the price form Ford would have been a couple of years back.

So what makes this a racer? The unibody has been extensively seam welded, there’s an FIA approved cage, MoTec data acquisition system, Forgeline wheels, fully adjustable racing suspension, Ford Performance carbon fiber splitter and wing, a specially built Tremec transmission with an integral oil pump, 3.73 rear gears, a gutted interior, and the list goes on and on and on.

Where could you race it? We’re guessing open track days, SCCA competition (there’s loads of classes), Mustang club events, etc. If you have ever dreamed of being a modern day Trans-Am competitor, this is your shot. This is the modern evolution of what that style of racing would have become, glorious noise and all. 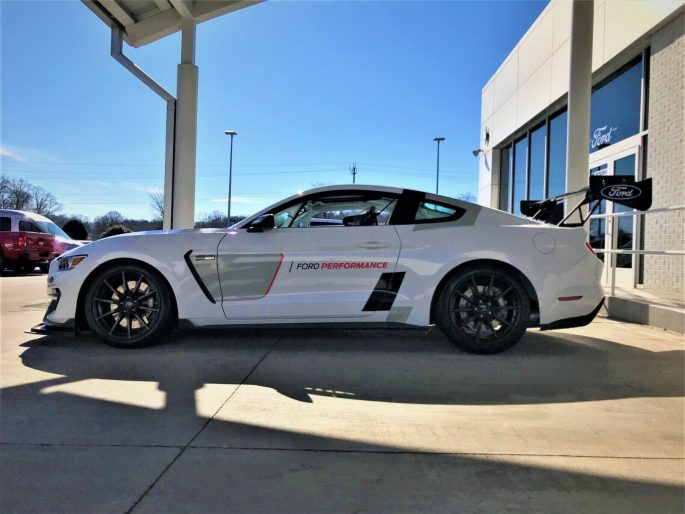 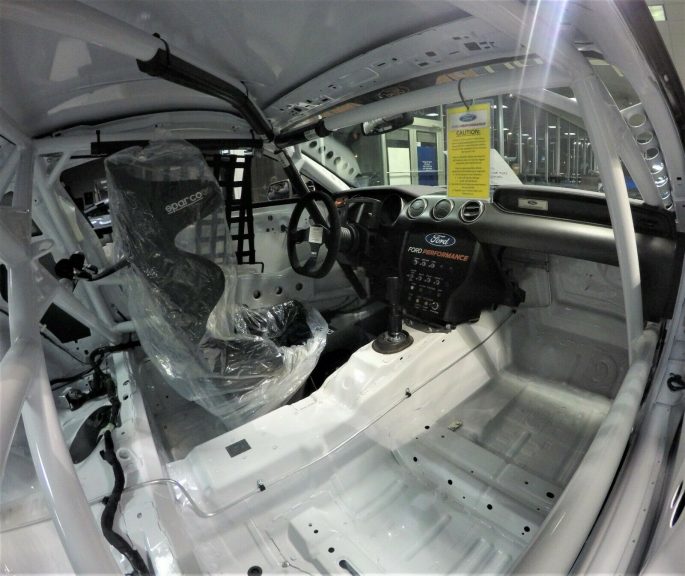