2018 Hot Rod Hullabaloo Photo Coverage: The Clouds Cleared And The Cars Were Radical! 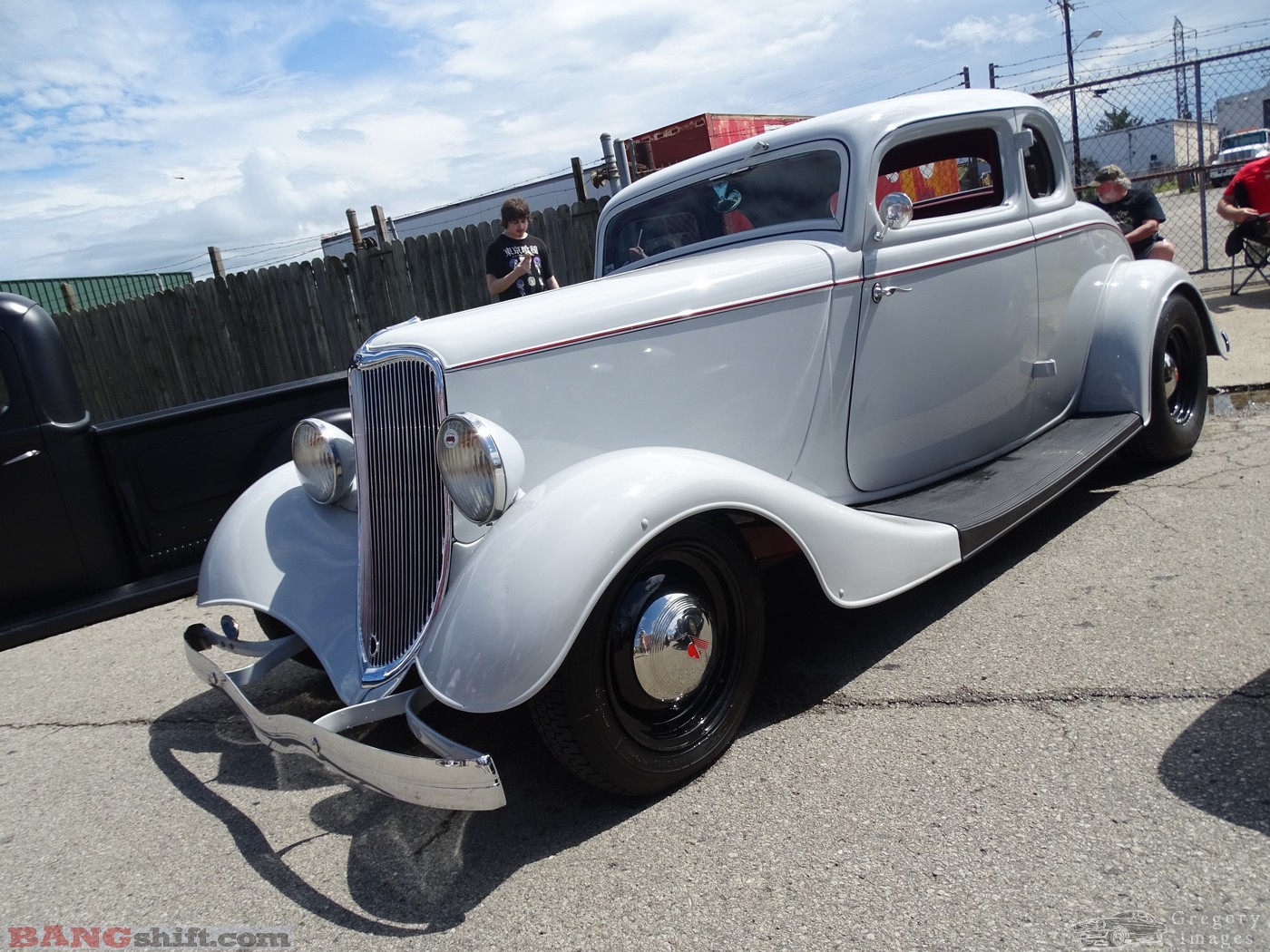 (Words and photos by Doug Gregory) – This gallery is almost all old stuff which is traditionally the core of this event.  This is draw for a lot of folks who normally won’t attend a regular local cruise or show.  Many don’t want to see a lot of late model stuff so these throwback-oriented events are well-attended by cars we don’t see often at other venues.  The E’ville Shindig and the Frog Follies are two events in the region that really cater to the traditional, vintage styles.  Many folks were heading to the Shindig the day after the Hullabaloo.

Lots of early iron in this grouping.  The flamed Chevy 5-window had a thumpin small-block.  A different shot of that green ’39 Chevy coupe made it into our coverage.  I don’t know the owner, but for some reason I really like that car.  Dig the blue ’39 Ford coupe complete with the chrome reverse wheels and wide whites.  ’37 Chevy reflecting in a ’38 Ford made for a cool image.

I don’t know much about the ’33 Ford fenderless 5-window except that it’s awesome…!!!

Other than modern pop-up canopies and some of the buildings some scenes could be straight out of the 60s.  The cool is so thick it’s dripping off most of these cars.

One more gallery to go.  Thanks for looking and as always, enjoy.